Storyteller's Rulebook: Keeping the Strange Familiar and the Familiar Strange in Humans of New York

Humans of New York creator Brandon Stanton recently expanded his focus radically by tagging along on a 50-day UN tour of 10 countries. Thankfully, he proved to be equally adept at getting great portraits and stories abroad as he has been at home.

Once again, it’s easy to undervalue his accomplishment. It might seem easy to generate sympathy simply by entering a refugee camp and letting people describe their troubles, but there’s actually a huge danger that such stories will alienate and even annoy audiences.  (Such as in the ads brilliantly parodied here.)

Stanton succeeds because he obeys the number one rule of world-building: make the strange familiar and the familiar strange. In other words, get us to identify with these people (They’re just like us!) while also making it clear that they’re going through some things that are totally beyond our experience (I can’t even conceive of what it would be like to have to live through that!). The trick is constantly keep your audience on their toes, not knowing if the next details will be universal or shocking.

So we get lots of horror stories such as this one: 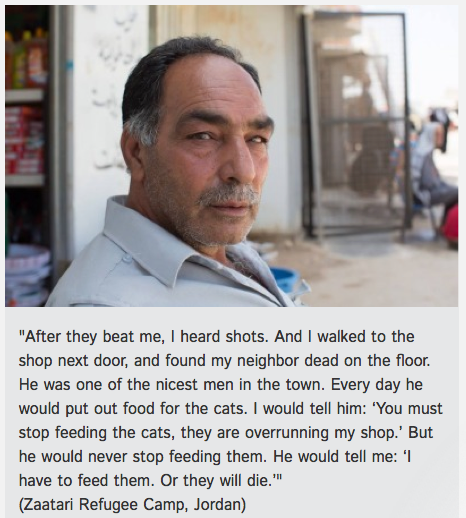 Right alongside utterly universal worries such as this: 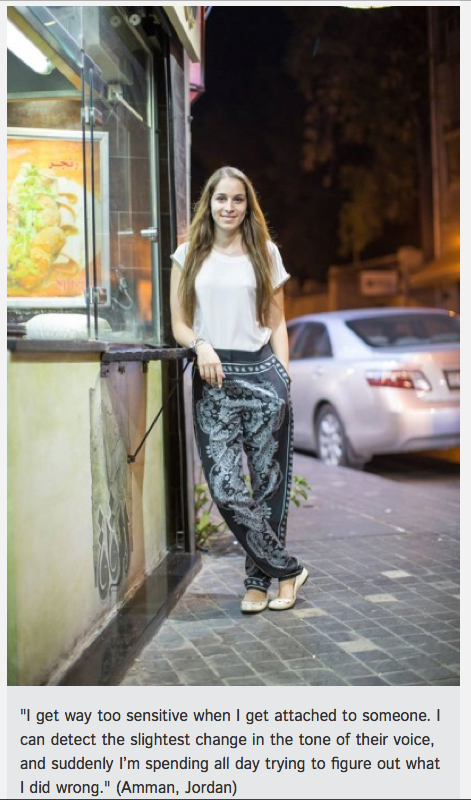 Once we get used to fact that some of these people are enduring epic struggles unique to their situation: 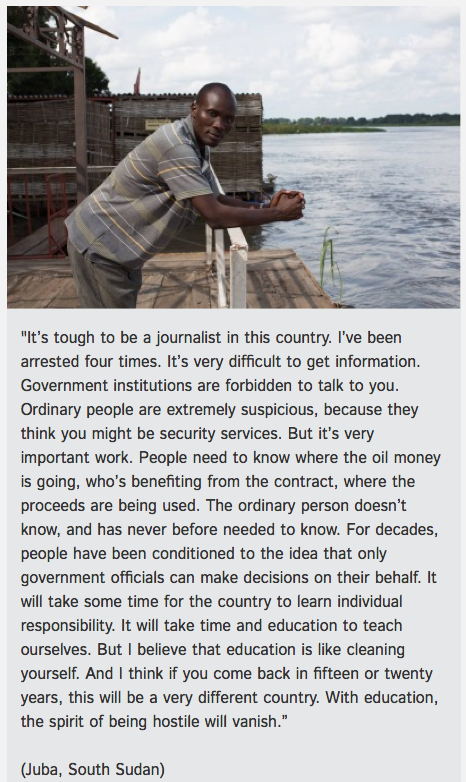 We then see others who we assume are also suffering from geopolitical terror, only to discover that their pain is the same sort of thing we can just as easily suffer here, such as this man… 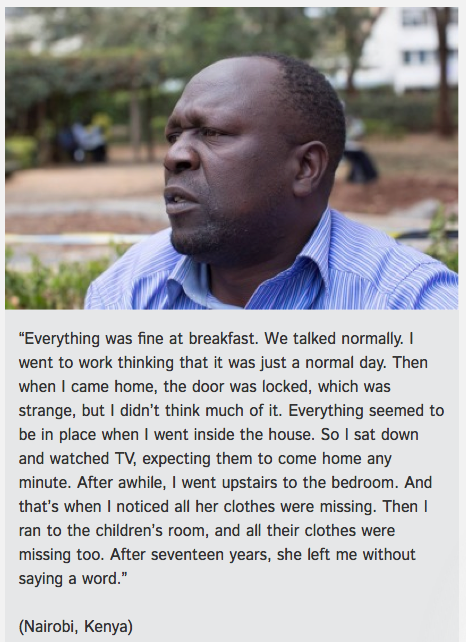 …or this girl, who surprises us by offering an entirely atrocity-free reason for her broken arm: 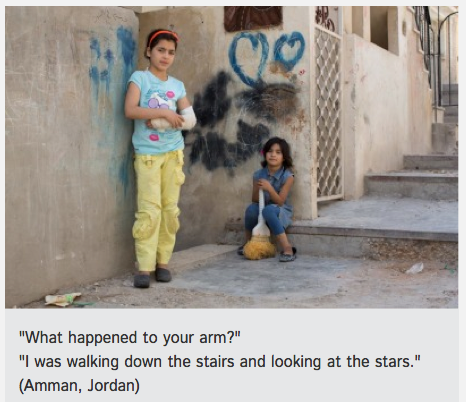 By interspersing universal stories with shocking ones, Stanton keeps us alert, unable to “other-ize” his international subjects. In the link above, I showed how Letters from Iwo Jima did the same thing to instantly bond us to the hero. This is an essential skill for making your audience feel at home in an unfamiliar world.
Posted by Matt Bird at 8:00 PM