Why am I spending time on Humans of New York? (After all, it’s not as if this material isn’t already widely shared on the internet) Because I think that what site creator Brandon Stanton does has many good lessons for writers.

Ideally, every writer would do what Stanton is doing: for at least an hour a day, walk around talking to people on the street, collecting unique language, unique life details, and compelling real life ironies. Unfortunately most of us lack the time and/or temperament, but the good news is that we live in the golden age of information, so we now have sites like this that provide treasure troves of perfectly chosen character moments.

As writers, we have two nearly impossible jobs to do: first we must create a great unique-but-universal character, then we must succinctly convey that greatness, that uniqueness, and that universality, in a flash, so that the character will swiftly blossom to life in the mind of the audience, allowing our stories to really begin.

And that’s what truly wonderful about Stanton’s work. It’s easy to credit the site’s success to his skill as a photographer and an interviewer, but there’s a third element that’s equally important: he’s a great editor. He asks several questions designed to create emotional and unique responses, gets a chunk of material to work with from each person, and then he cuts all of that down to just the right snippet to instantly make these people fascinating. That’s a lot harder than it looks, and it’s a big part of our job.

Let’s look at some of the ways he makes certain subjects instantly likeable. The trick, of course, is empathy, and one thing he’s good at is making opposite types of people equally likeable.

This guy’s humility is instantly appealing: 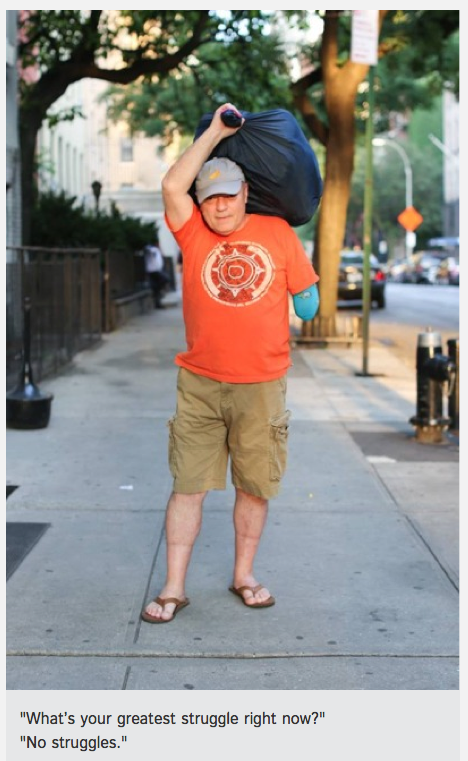 Whereas this lady wins us over with her swagger: 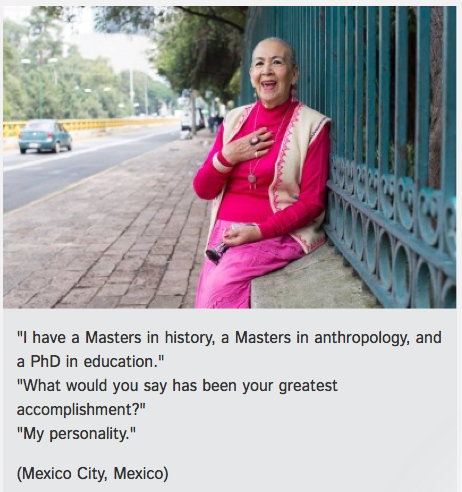 We love this guy’s humble appreciation of his job: 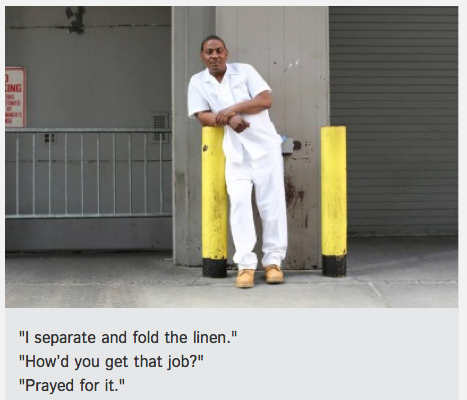 And this guy’s yearning to escape his, expressed with such telling specificity: 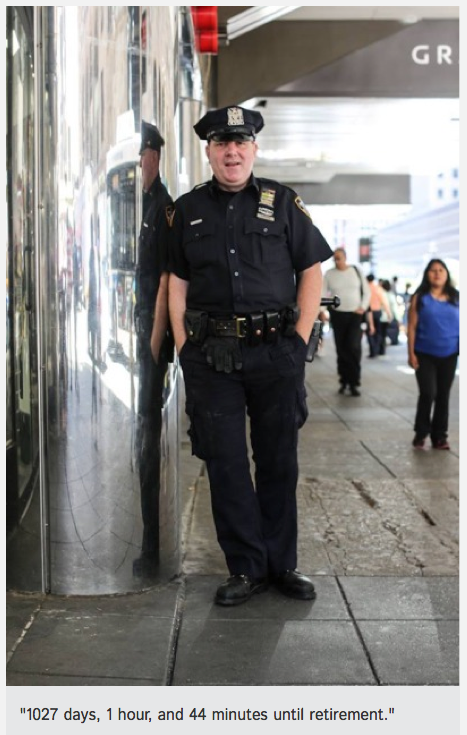 We sympathize with this man’s poverty: 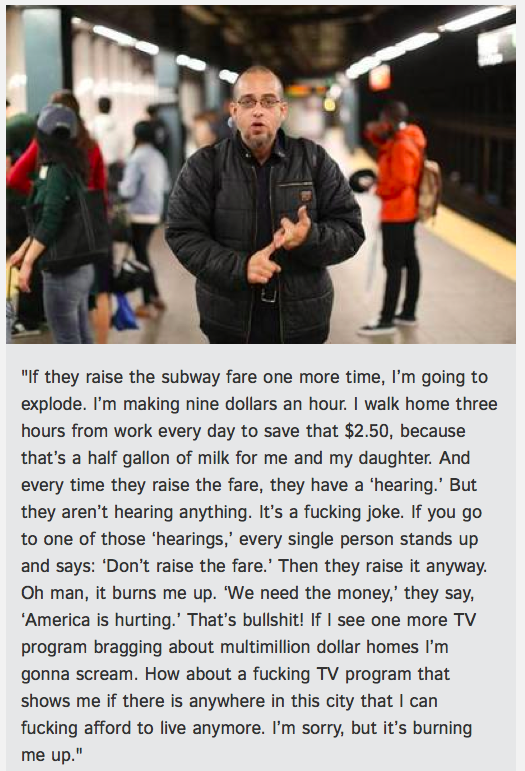 But we’re also sympathetic to the problems caused by this man’s wealth: 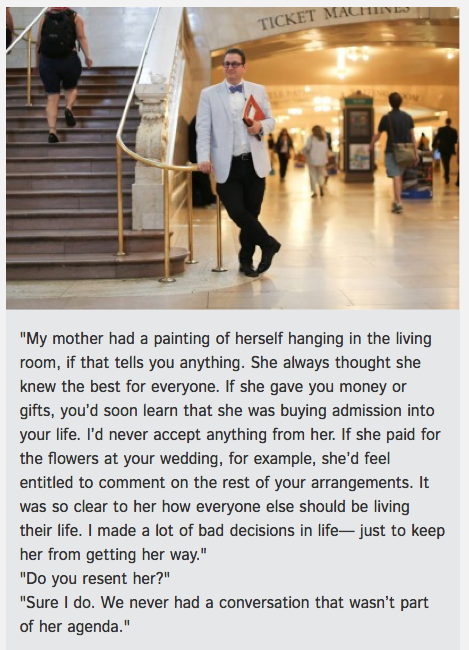 Fiction writers have to be all three types of god: All-powerful, all-knowing, and all-loving.  Journalists such as Stanton, on the other hand, are denied the first because they cannot create their subjects, so they have to make up for it by focusing even more on the other two.  They can’t let their confirmation bias get in their way when they approach people, molding their subjects to fit their prejudices.  Instead, they must remember that everyone has some personal detail that will earn our empathy, if only we can find it. This is true in real life, and so it must also be true in our fiction.

In all my net surfing, I never heard of this site, but I added to my Feedly for your reasons. Thanks for sharing this.

From Roger Ebert in Steve James' film LIFE ITSELF: "We all are born with a certain package. We are who we are: where we were born, who we were born as, how we were raised. We're kind of stuck inside that person, and the purpose of civilization and growth is to be able to reach out and empathize a little bit with other people. And for me, the movies are like a machine that generates empathy. It lets you understand a little bit more about different hopes, aspirations, dreams and fears. It helps us to identify with the people who are sharing this journey with us."

The Ebert quote is great. I've always tried to express to people that movies are the most humanistic art form, but I've never been able to do it as well as he.

Another reason it occurred to do this was because of this hilariously stupid hit piece that ran in (of course) Gawker:

The author flails about in search of criticisms, but ultimately finds that in order to dismiss the site he has to casually dismiss the concepts of empathy, humanism, and writing in general: "Looking at the site, however, a viewer gets the sense that all New Yorkers are, at their core, kind of… the same" "The people Stanton photographs are reduced to whatever decontextualized sentence or three he chooses to use along with their photo." "The site's posts get to their emotional endpoint easily. "

In other words, "Gee, this site makes us folks at Gawker look like hateful small-minded bigots!"

Reading this really drove home for me that what Stanton was doing is really the core act of writing at its best.