And here’s the last one: 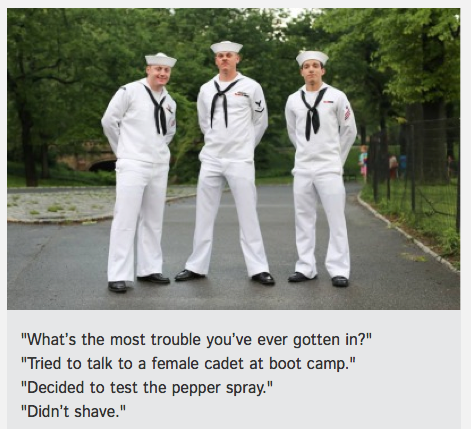 And a Heart (in that his goal is more childlike) / Head / Gut (with an extra gut tagging along...) 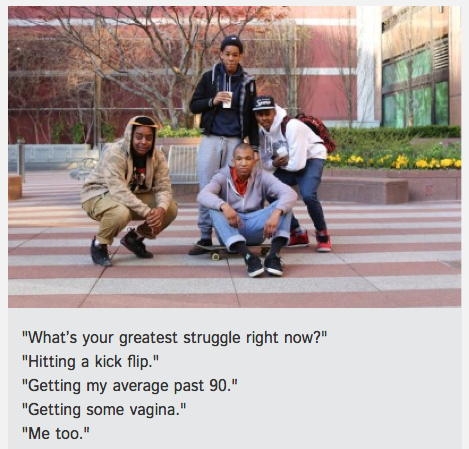 It’s simple enough to differentiate characters by giving them different responses to a question, but an even better way to establish their personality is to have each one interpret that question in a fundamentally different way, showing us that their brains are hard-wired differently, and so they’re inevitably going to create conflict.

So that’s it for HONY week.  I urge you all to haunt the site as I do, gleaning more insights into human nature and tools for establishing a blast of personality right away.
Posted by Matt Bird at 8:00 PM