Straying from the Party Line: Undifferentiated Philosophies on "CSI" 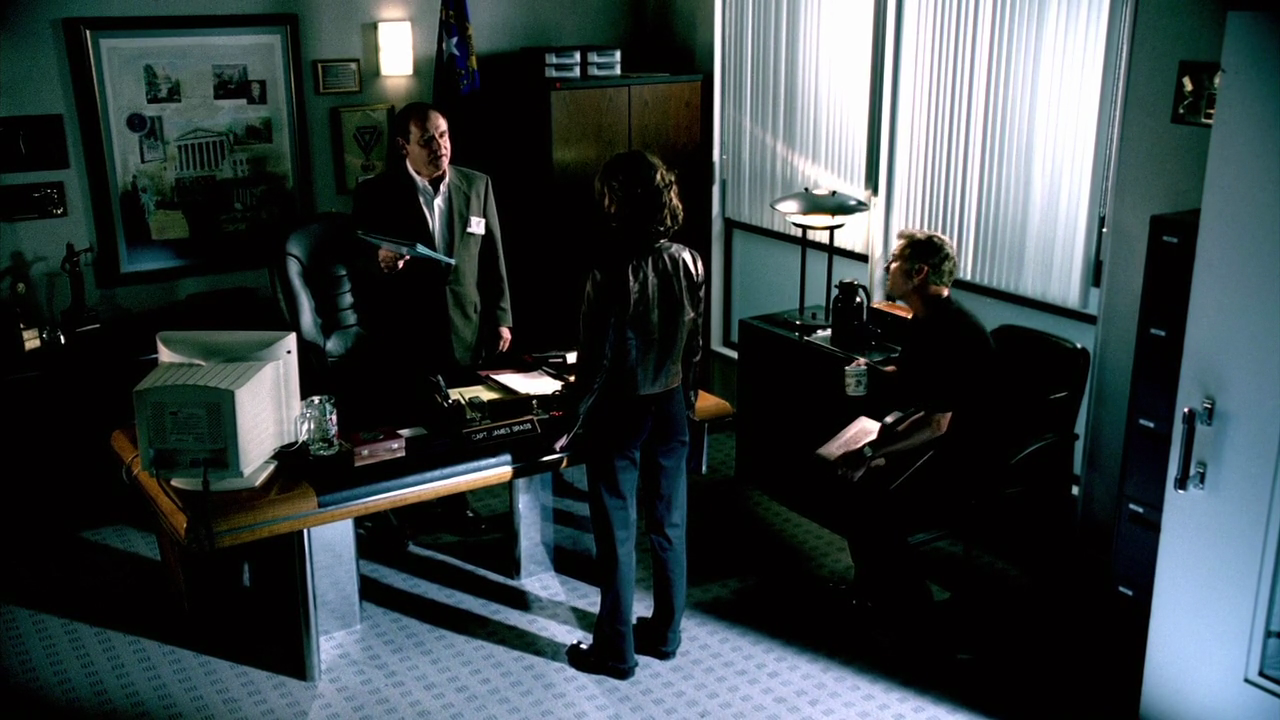 In the Ultimate Pilot Story Checklist, I say that the team as a whole should have a group-philosophy of how they do things (often contrasted with a competing force pursuing the same goal), but the ensemble should also have philosophical differences with each other. The pilot of “CSI” does a great job with the former and a poor job with the latter.

In the pilot, every hero has the same philosophy, total empiricism, and they each boast about it. There are six statements of philosophy in the pilot, and they’re mostly interchangeable. Here’s the most prominent one:
But even the new hire, who is learning about this world for the first time and not entirely happy about being there, complains about her situation by citing this same philosophy:
As we discussed last time this show has a lot of work to do to reset traditional cop-show expectations and prove to the audience that CSIs are valuable and interesting. One way it does so is to hit this philosophy over and over: this is why we’re following the “nerd squad” instead of the manly detective whom you might naturally put your trust in. But ultimately, the pilot focused too much on defining its cast in contrast to outside forces, and not enough time defining them in contrast to each other.

So let’s combine this with the problem from yesterday (the CSIs had to hand off the audience-satisfying arrests to non-characters) and look at how the show paired off these two problems and solved them at the same time.

As you may have noticed in the above quote, Jim Brass, the character played by Paul Guilfoyle, was the boss of the CSI team in this pilot. After the pilot was picked up, however, they quickly realized that it could not sustain a series with these two problems hanging over its head, so they came up with a simple solution: After Gribbs is killed, Brass is fired from the squad and made a homicide detective instead.

This turn of events is hard to buy, and it becomes even odder when Brass promptly forgets all of his scientific knowledge from that point on, but it’s an elegant solution to the problems of the pilot:
Instead of competing generically against “the cop point-of-view”, the CSIs are now competing specifically against Brass’s (newfound) distrust of their methods, and specifics are always better than generics.
Posted by Matt Bird at 12:00 PM