Straying from the Party Line: Unambiguous Right and Wrong on “Community” 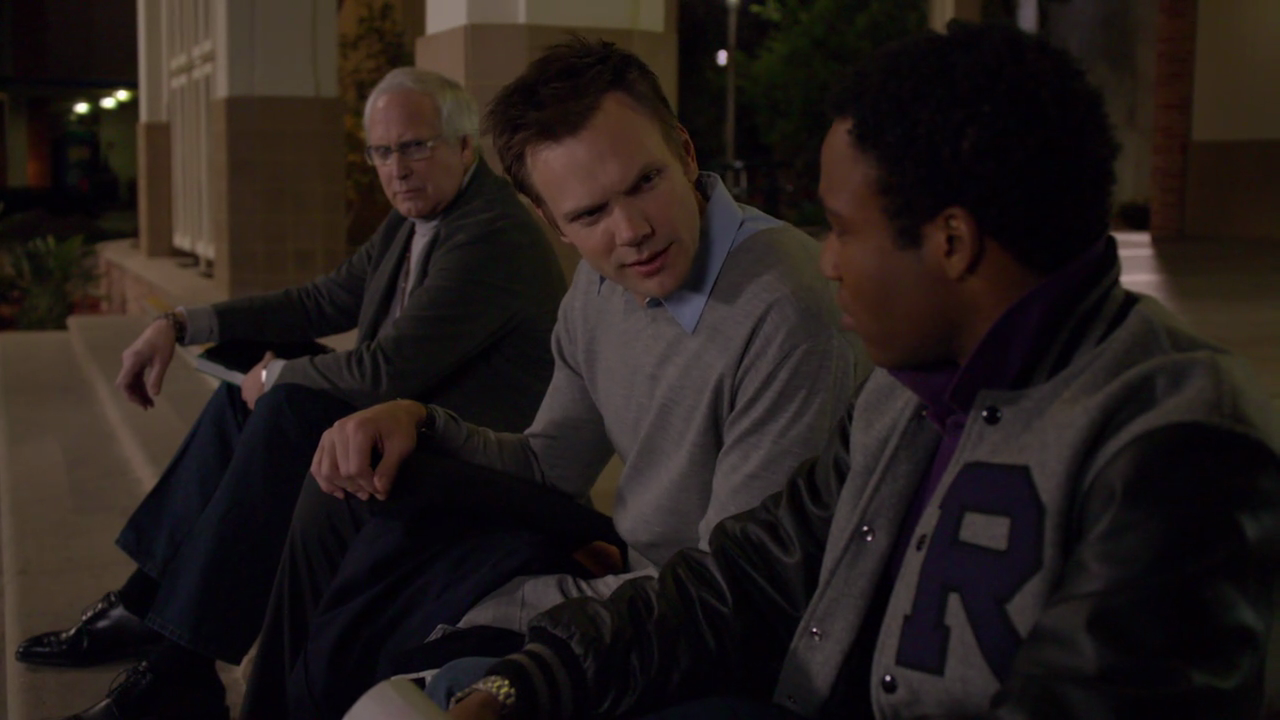 So let’s address one of the central paradoxes of “Community”: It had the most hipster-ish cult fanbase of any show on Network TV since “Arrested Development”, but it’s actually, in many ways, a startlingly earnest show.

This is shocking: Dan Harmon, after all, created “Heat Vision and Jack”, perhaps the most tongue-in-cheek pilot ever made, and then followed that up with the droll anti-sitcom “The Sarah Silverman Program”. How did this guy end up creating this pilot? Two possible answers:
Nevertheless, I don’t want to sell sort the show’s emotional content, in the pilot and in its non-post-modern episodes. In fact, this pilot is startlingly non-ironic: it actually has far less irony than any story should be able to get away with. Let’s look to the checklist:
So why does the pilot work? Partly it was a matter of timing. After we killed off our economy with a plague of “liar loans”, American audiences were ready for a little unironic moralizing about our future. Jeff is the ultimate downwardly mobile formerly-middle-class American, who coasted by on confidence and cockiness during the boom times, only to realize that he must belatedly face his flaws and work with his peers in the lean times.

This show doesn’t simply ignore the possibility of moral ambiguity, it actively campaigns against it. As Jeff says at one point, while defending his lies: “I’ve understood since I was a kid that if I talked long enough, I could make anything true. So either I’m God or truth is relative, and in either case: booyah.” This is refreshing. In the world of the show, unambiguous morality, instead of seeming trite and simplistic, seems like a daring new concept.

So why doesn’t it sabotage things to have the cast talk so much about morality? One reason is the setting: college is the land of over-earnest talky-talk-talk. That’s true to life and it’s also part of the joke: at no other point in life is your level of “insight” so divorced from your actual wisdom. When we watch this very diverse ensemble trying to wrap things up with a bow, we maintain a healthy distance from them, somewhat convinced but also amused, which keeps the show from feeling overly moralistic.

And a third reason crosses over with our next edition of “Straying from the Party Line”…
Posted by Matt Bird at 8:00 PM