Rulebook Casefile: The Framing Device (and Unsafe Space) on Community 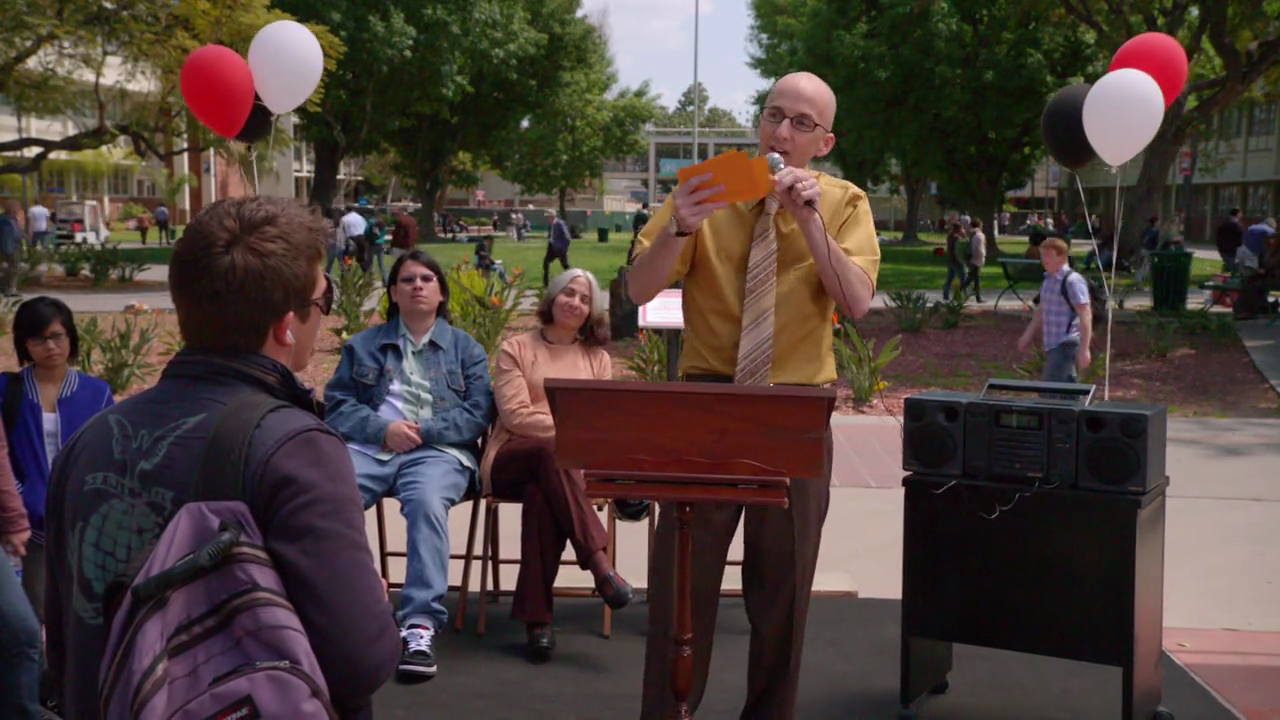 Let’s spend some time luxuriating in the glorious opening minutes of the “Community” pilot, where we get a big burst of Concept, Character, Ensemble Introduction (and Differentiation), Tone and Theme all in the very first minute!

Here’s how it goes: We pan down on the nice-but-plain campus of a community college as bumbling Dean Pelton prepares to give a speech. After comically screwing up with the equipment a little bit he finally launches into: 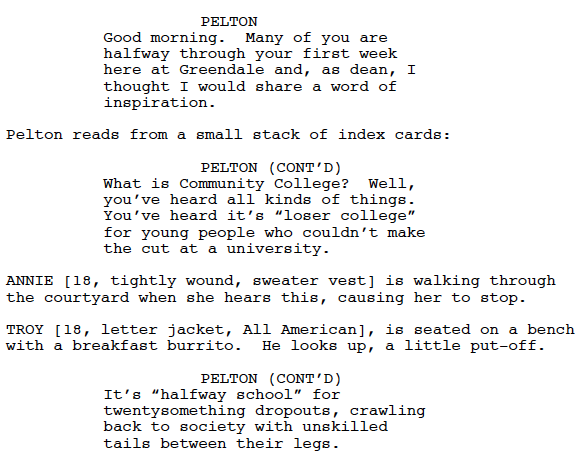 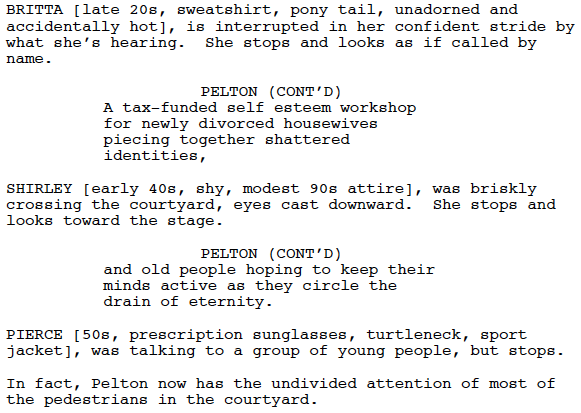 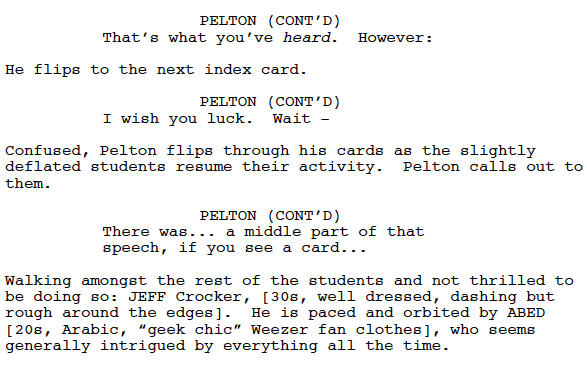 So what all is this doing?
Normally when we talk about “framing devices” on TV, we’re think of past-tense voiceover or flashforwards, but this is a different sort of framing device that’s far less intrusive. A framing device can be anything that briefly takes us out of the world of the characters and allows us to see them with some perspective they don’t have: Anything that allows us to be “in it” and still also “outside of it” looking down on these characters with a little more perspective than they have themselves at the time, before we jump in and see the rest of the story from their point of view.
Posted by Matt Bird at 8:00 PM