How to Create a Compelling Character, Addendum: The Character Must Feel Compelled to Let People Know About His or Her Unique Perspective, One Way or Another

This is a brand-new one, and one I never ran by you guys before putting in the book, but I synthesized various pieces I wrote before and realized I needed to add this one.

I’ve written about how heroes need to have a lot of personality, and I wrote a whole series about how each hero must be surrounded by characters that sorely lack the hero’s most valuable quality. I’ve also written about how the hero can’t just agree with everybody, and how taking good advice is never as strong as rejecting bad advice.


…But somehow, even with all of that advice, I still found myself creating characters that are too flat. I finally realized that, no matter how uniquely valuable the hero is, or how much personality her or she exuded when spoken to, it needed something more: A hero must feel compelled to insert his or her personality into everyday situations.

Another way to put this is that the hero must have an active personality, not a passive personality. It’s not enough to stand out from the crowd simply as a counterexample. Most heroes should feel compelled to point out the flaws of those around them, either loudly or quietly (and sometimes just in muttered asides).

Let’s data-mine, shall we? In each of the 15 movies we’ve looked at, does the hero feel compelled to let others know that they lack his or her most valuable quality?

In 8 of the movies, the answer is a resounding yes. The heroes of Casablanca, Sunset Boulevard, and In a Lonely Place have a razor-sharp rapier wit, Jack in The Shining is a snapping, snarling beast, and the heroes of Groundhog Day, How to Train Your Dragon, Iron Man are all sarcastic in a blunt-but-witty way.

But those are all men, so what about the women? All four female heroes were less vocal about their disagreements than those eight men. Are the women compelled to let others know how their perspective?
Obviously there are heroines that we didn’t look at here that are just as loudly willful as men, such as Vasquez in Aliens, or the title character in Juno, but it’s notable that heroines, as a rule, tend to be quieter. 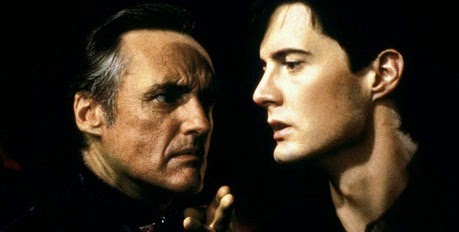 But hey, that still leaves three additional male heroes from our checklist roadtests that aren’t really inclined to speak up for themselves:
So verbal assertiveness isn’t universal but it’s very common, and it’s a huge part of sympathy. If your hero lacks it, then you need to be aware that this is somewhat unusual, and that must therefore be a key part of the character’s personality. But as a general rule, let your heroes crack wise, whether loudly or quietly.
Posted by Matt Bird at 8:00 PM

Isn't this post just how main characters learn stand up for themselves? Then, later they do things like Cameron in Ferris Beuller and commit to confront their father.

To paraphrase, your character must prove their uniqueness by never going with the flow. Is that the heart of it?

Well, I'd say that both of the things you guys are talking about are actions, but I'm talking more about verbal talkback. Basically, most heroes are either confrontational, sarcastic, smart-alecky, snarky, or at least visibly dubious.

That's where this rule strikes me as maybe not the strongest or clearest yet. Take your SILENCE OF THE LAMBS example, for instance. You mention how Clarice quietly stands up for herself and that's enough to get us to like her and trust the movie at the beginning. But that's not enough to make us keep watching or admire her all the way through to the end. Even the next few examples of her verbal assertiveness are more like actions than confrontational talk -- she lays down the rules of her visit with the warden, stands up to Lecter the best she can in that first meeting and she clears the room full of well-meaning but in-the-way local law enforcement in West Virgina. She accomplishes all of those objectives through a combination of her unique personal perspective as a trainee, as a woman and as someone with a rural background. But almost none of it has anything essential to do with being interestingly or outspokenly verbal. In fact, you could almost argue that the quieter style in which she speaks and listens makes her a far more effective detective than all of her male counterparts in the film.

What about strong silent tough guy types, like, you know, Gary Cooper? Or Eastwood's Man With No Name or Dirty Harry or Parker in POINT BLANK (coming on Blu-ray next week!) or Ripley herself, particularly in ALIENS? Do we really lack for an understanding of their points of view? Doesn't it seem like entire genres if not even bigger chunks of the history of cinema are built around non-verbal and/or less verbal characters (or at least less articulate) characters?

How did the great silent comedians establish their unique perspective in the medium before verbal snark was even possible? Or after it, if they naturally hardly spoke at all, like Tati's Mr. Hulot?

Sorry it's taken me a bit to get back to you-- I've been sick out of my mind all week.

I agree it could be phrased in a way that's stronger and clearer. I will continue to tinker with it.

I would say that Ripley in the first Alien is definitely a character that fails to register strongly until the second half, but that's intentional because it's a twist that she turns out to be the hero. It was a risky movie though. The casting of Weaver was key: an actress who can hold her own even with a vague part (for the first half).

Are Cooper, Eastwood, and Marvin's characters really as silent as they're cracked up to be? I remember quite a few withering put-downs. Eastwood has less dialogue in the Leone films than he does in the Siegel films, but he certainly finds ways to let everyone know that he has qualities those around him lack. It helps that in the opening scenes of those films he's surrounded with men who are almost sub-human caricatures.

Chaplin and Keaton's characters both found ways of making themselves "heard" when muscled aside by faceless crowds (Chaplin) or boorish rivals (Keaton).

Hulot is certainly an example of a hero who doesn't really attempt to stand up for his own point of view, but (sacrilege alert) that's one reason I can't stand those movies, so as far as I'm concerned that's a point for me!