Rulebook Casefile: The Way the World Works in The Bourne Identity

In too many of these movies the focus is on assassins who know how to kill in the most bad-ass way possible, with a million people shooting at them. You need look no further than Liman’s own repugnant follow-up, Mr. and Mrs. Smith, which immediately squandered all the good will this movie generated. 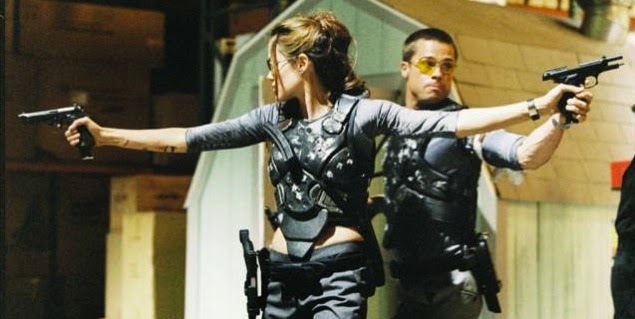 In that movie and its ilk, the definition of “assassin” is someone who runs, jumps and shoots as fast and furiously as possible, sliding on their knees through rooms full of killers and shooting 12 of them in 12 seconds, aided immeasurably by having guns in both hands. Basically, the best assassin is the one who makes the most mess.

The Bourne Identity is not even remotely a true story, but writer Tony Gilroy keeps it grounded and he finds that you can actually make a movie more exciting by acknowledging a little bit about the way the world works: Wouldn’t an assassin be the one who makes the least mess?

Chris Cooper’s Conklin has a great line near the end of this movie that finally puts the lie to every other movie like this:
That speech not only rings true, it also makes this less-bombastic world more compelling than the high-action version. Once again, Gilroy and Liman have to re-assure us: Yes, we took out the elements that you find most exciting in those other movies, but let us show you that this can be exciting, too. The thrills and spills created by an attempt to remain invisible can create their own kind of suspense that can actually be more thrilling than the pyrotechnics you’re used to.

Compare this movie to another example of stomach-churning Hollywood awfulness at its worst, Knight and Day, which actually has a very similar story. In both movies, a frozen-out CIA operative is on the run from the agency and trying to stop his ex-supervisor. Now watch this video:

Tom Cruise, who everyone thinks is a traitor, kills 42 Americans for trying to capture him, including over a dozen in the streets of Boston. (Life in Boston continues unfazed, of course. It’s not like they would just shut down that whole city because a terrorist is on the loose, right?)

Seeing that montage drives home how different The Bourne Identity is, and how much more thrilling it is: Bourne has a much higher degree of difficulty: he’s determined to get away from hordes of police and security guards without hurting them, which is a hell of a lot harder.

We may not notice that Bourne’s not shooting his way out of these situations, but we automatically adopt the movie’s logic and become more desperate in our search for a way out of this using his rules: how do we make it out of here without mess??  That’s a tough question. The more a movie reflects the way the world works, the more readily an audience will leap into the hero’s shoes and really feel the heat of those bullets whizzing past.
Posted by Matt Bird at 8:00 PM