There are lots of movies in which the hero has some form of amnesia or memory-tampering, only to discover that, in the life he can’t remember, he was actually, gasp, one of the bad guys…But don’t worry, there’s still time to do the right thing! The original version of Total Recall and the lame Liam Neeson vehicle Unknown both fall into this category. There’s just one problem: why does a change of mind automatically imply a change of heart? 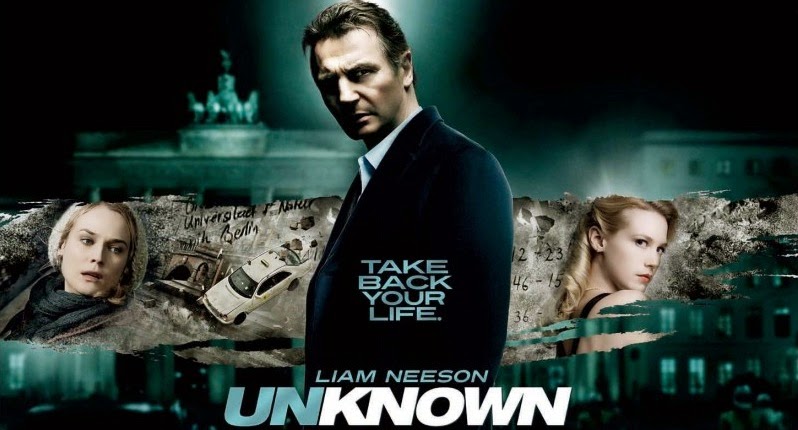 Whether you believe evil is inborn or just the result of responding to our environment, then the same factors that make this person go evil the first time should have the same effect now, right? The idea that, if we could start again with a clean slate, we’d all naturally choose to be nobly heroic action figures, even it means rejecting everyone from our past life (indeed, entering into a “kill or be killed” relationship with them) seems utterly vainglorious.

Does The Bourne Identity fall into that category? For much of the movie, it seems like it will. Jason keeps getting clues that he was a cold-blooded CIA assassin, and elements of that persona keeps kicking back in…so why isn’t he turning evil again? Are we again assuming that every man would become a great guy if he could start over?

The answer is no, and that’s why the final reveal is so refreshing and so powerful. When Bourne finally confronts Conklin, he hears enough to trigger one last flashback and remembers why he failed in his last mission. We see him sneak onto Wombosi’s boat, creep up behind him as he sleeps on a couch, point a gun at his head, get closer…and discover that Wombosi’s three year old daughter is asleep on his chest. At that moment we see Bourne begin to snap, and we see why.

This is followed by another great moment that sets this apart from most other thrillers: Wombosi wakes up, sees the situation he’s in, and even though he’s been presented as a self-serving ex-dictator, he feels compelled to gently takes his daughter off his lap, putting her out of harm’s way even though she might be the only thing keeping him alive. Naturally, this only disturbs Bourne all the more: who wouldn’t be shattered by this situation? Who wouldn’t say, “Who am I?”

The transformation triggers the plot, instead of the plot triggering the transformation. That’s why this version works. This isn’t the usual silly amnesia movie at all, it’s about the universal freak-out so many dominant people have: “This is not my beautiful house, this is not my beautiful wife—My god, what have I done??” Despite his memory reset, he doesn’t become an everyman, he continues the journey he had already begun. It is his history, not his blank slate, that makes him easy to identify with.
Posted by Matt Bird at 12:00 PM

Same as it ever was.