New Checklist and Rulebook Casefile: Characters Only Wanting What They Want In a Lonely Place 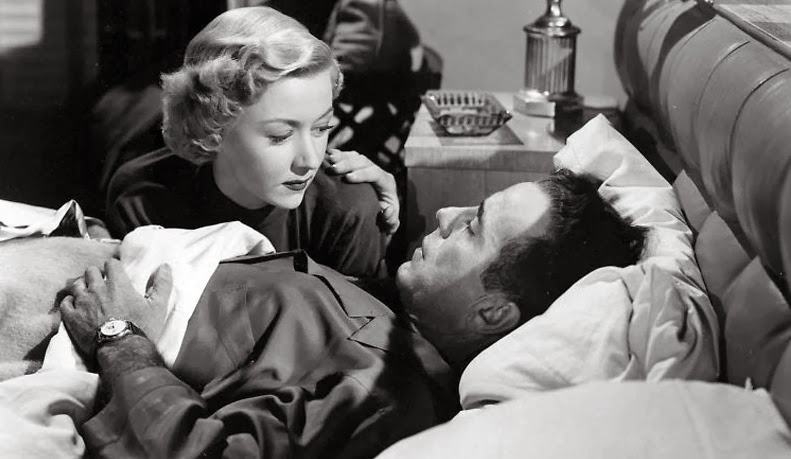 I’ve updated the Checklist road test for In a Lonely Place and you can check it out here. Now let’s look at one of the new answers in more depth:

Upon cursory examination, it might seem that In a Lonely Place violates one of our core rules: After all, Laurel keeps essentially asking Dix, “Do you know what your problem is?” But don’t people only want what they want? Well, yes, but this is the exception that proves the rule....

In this case, Laurel decides to save Dix in a very believable way:
This is the movie that shows why it’s not good to devote yourself to solving your boyfriend’s emotional problems. At the end, Laurel realizes that sublimating her own self-concerns and needs has done neither of them any favors. Dix needed a hard slap, not a gentle hand, and now, thankfully, he got it.
Posted by Matt Bird at 8:00 PM