Best of 2013 #1: American Hustle (Assets, Liabilities, Interrupted Dialogue, and Cast How They Feel)) 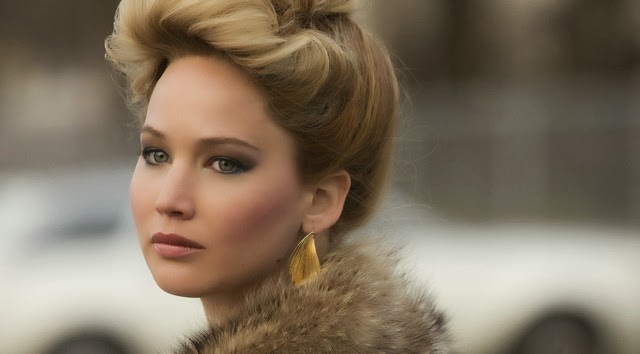 And so we finally arrive at American Hustle and three rules it exemplified. We'll do one long and two short:

Know Your Assets and Liabilities: So I’ve spent this week wiping my feet all over the original screenplay by Eric Warren Singer, but now’s the time to admit that it actually did a few things right. For instance, some people have said, “An ABSCAM movie--Of course, what a great idea!” but it’s actually not an inherently appealing movie concept. Yes, it’s a mind-blowing true crime story, but it comes with a set of massive marketing liabilities that Singer’s script (and Russell’s version even moreso) neatly evades. Let’s look at each of these liabilities, how Singer addressed it, and how Russell improved on what Singer did...

#1: ABSCAM is mostly forgotten.
#2: The true story has a huge cast of characters and no obvious hero.
#3: Like all complex FBI cases, ABSCAM ended anticlimactically 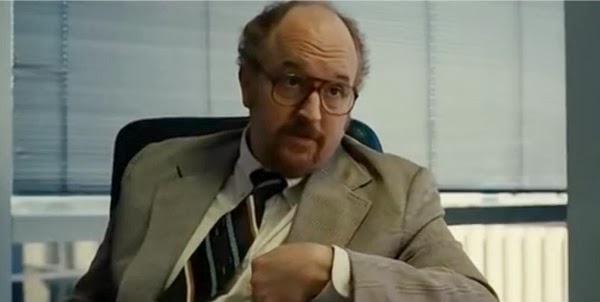 And now two quickies: People try to finish each other’s stories! (and here too) There’s been lots of talk about how good the top five performances were in this movie, but that leaves out number six, Louis C.K., who is also fantastic. His witty rapport with Bradley Cooper really drives home a rule I always come back to: People are always trying to guess what the other person is going to say and cut them off, so nobody should ever get the chance to finish a speech!

Finally, as with The Spectacular Now, this was even moreso a case of cast for how they feel, not how they would actually look.  All five big roles in this movie were totally miscast, in terms of age, ethnicity and body-type, but they all work beautifully.
Posted by Matt Bird at 11:03 PM

If Irving's the not quite protagonist of this large ensemble, does everybody get just as complete an arc?

For me, one of the problems of the film's feeling so fun and comfortable with itself was that it really didn't seem like much was at stake for anyone. Would you say the film is pretty clear about answering those famous David Mamet questions:

I'd also be interested to hear you talk a little more about AMERICAN HUSTLE's theme. In terms of its invisible ink, what am I missing? How would you answer a friend who asked you: What's this movie about?

It's worth noting that John Guare wrote a screenplay about ABSCAM called MOON OVER MIAMI, set to star Dan Aykroyd and John Belushi and to be directed by Louis Malle. It fell apart when Belushi died. Years later Guare rewrote it into a play called MOON UNDER MIAMI.

It does seem like there's something about ABSCAM that continues to intrigue storytellers but that also necessitates fictionalizing the heck out of it.

Yeah, I enjoyed this movie while thinking the screenplay was an absolute mess, so I'd like to hear more about what you liked about it, rather than pissing on the unproduced version.

Nah, I won't bite, I've said enough about what I liked about the movie. Time to move on to...