What's the Matter with Hollywood in 2013, Part 2: The Golden Geese are Dying of Exhaustion 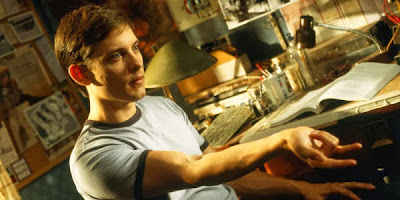 2001 marked a radical turning-point for Hollywood filmmaking. For years, it had been gospel that adapting fan-favorite characters wasn’t worth the effort, because those movies cost too much, didn’t make enough money, displeased existing fans (who thought they had changed too much) and baffled non-fans (who just couldn’t get it.)

When they did try it, they would always try to distance themselves from the pre-existing fans (who were, after all, smaller in number) and chase after the non-fans by fundamentally re-conceiving the project until it “felt like a movie,” instead of like the original. In fact, Hollywood preferred to adapt an unsuccessful short-lived comic book like “Men in Black” because it had no fans, leaving them free to change it as they saw fit. Tackling a higher profile comic like “Iron Man” was seen as more trouble than it was worth.

But in 2001, (okay, technically mid-2001 to mid-2002) the perfect storm arrived. Three sets of filmmakers all decided to break the rules at the same time, creating huge-budget adaptations that were made to please the fans, not the fickle. And all three hit huge: Harry Potter, The Lord of the Rings, and Spider-Man. It would go down in history as “The Year of the Wildly-Successful Ultra-Faithful Franchise Adaptation”

Now all the rules had changed. Hollywood had discovered a secret: fans were hard to please, yes, but if you hit the bullseye they would become ecstatic. So ecstatic, in fact, that they would drag their non-fan friends to the theater and force them to like it, too. Please the fans and the rest will come.

Soon the floodgates opened, and dozens of old franchises were dusted off and given big-budget deeply-respectful adaptations. In many cases, it didn’t work, but every one that did work was instantly turned into its own factory, churning out sequel after sequel. Soon there weren’t enough weekends in the summer to host them all.

But that process has now been going on for thirteen long years, and the well is almost dry, which has sent Hollywood into crazed desperation. The first step was split up the final movie in each franchise into two parts, first Harry Potter and Twilight (which did admittedly have oversized final books) then Hunger Games (which didn’t). This culminated in the ultra-bloat of The Hobbit, parts 1, 2, and 3, which is the first of these to leave even the fans feeling exhausted and exploited. (Much more about those movies later.) 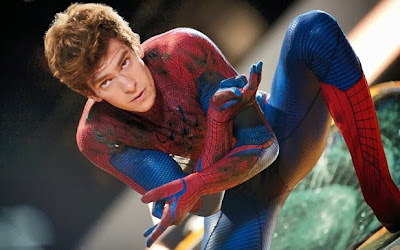 Meanwhile, Hollywood invented something new: the insta-reboot. It was once considered sketchy to reboot Batman Begins a mere eight years after Batman and Robin, but now we get a new Spider-Man just three years after the last one Peter-ed out.

But that leaves one more option: tapping the franchises that, for one reason or another, they didn’t want to touch before. That brings us to 2013, which shall always be remembered as “The Year of the Adaptation Made by Filmmakers Who Openly Despised the Source Material”. We’ll get to that tomorrow...
Posted by Matt Bird at 8:00 PM

"But that leaves one more option: tapping the franchises that, for one reason or another, they didn’t want to touch before. That brings us to 2013, which shall always be remembered as 'The Year of the Adaptation Made by Filmmakers Who Openly Despised the Source Material.'"

For what it's worth, one of the greatest movies of the 1950s came from that exact process: Kiss Me Deadly. The screen drips with contempt for Mickey Spillane's drivel. From this contempt came a goddamned classic. Aldrich told the novel's story but stripped it of Mike Hammer's self-romanticizing viewpoint. We got to see what kind of a person Mike Hammer really would be.

I agree with Harvey Jerkwater that a healthy contempt for certain aspects of popular genre material isn't always a bad thing. I'd add almost the entire filmography of Robert Altman and some of Paul Verhoeven's greatest films to his list of counterexamples. Hating something passionately and precisely at least gives the filmmakers something to react against. Indifference is a much greater problem.

I agree that Aldrich intentionally bestialized Hammer more than Spillane did, inviting the audience to reject him and see him as America at its worst, but I would say that this choice distanced the movie from the source material only by a matter of degrees: Hammer himself in the novels is intentionally shocking, and in his first-person narration he is aware of and worried about his own bestial behavior.

KMD is quite different from the novel, but one reason for that is that it actually combines that book (in which the villains are mobsters) with another Hammer book, "One Lonely Night" (in which the villains are Communist spies, as in the movie). OLN, the stronger of the two books, begins with a judge calling Hammer a murderer and lecturing him on his inhuman brutality, which unexpectedly hits home with Hammer, leading to a bout of existential dread (or as much as he is able to feel in his meat-headed brain.)

I would definitely agree that all strong adaptations must be willing to jettison or reframe central elements of their source material, (and I would say that, of the three I mentioned, LotR notably suffered for refusing to do so), and there are certainly no shortage of adaptations that wisely and skillfully rose above the level of their meager source material (Jaws and The Godfather spring to mind), but I would argue that these works tend to *not* have actual contempt. If anything I would say that you need a healthy respect for a story to be able to elevate it into a higher plane: You have to say, "Wow, there's more here than the author realized!"

J.S., Altman was more than willing to overwrite the nature of his source material with his own style, but did he actually have "contempt" for that material? I would say not. Verhoeven adapted one of Phillip K. Dick's weakest short stories and turned it into a much better movie, but I certainly wouldn't call that an act of contempt.

I would say that the one clear-cut example of contempt on the part of either filmmaker was Verhoeven's "Starship Troopers", which I felt was so lame-brained as the make the novel (which was already an unintentional self-parody of author Robert Heinlein's worst impulses) look sophisticated by comparison.

I think Altman did have a healthy contempt for almost all of the mainstream genre expectations, filmmaking conventions and the attendant ideological baggage that was all so unquestioningly accepted by his studio bosses and much of the general audience. And it's his fascinating defiance of these expectations and modes of expression that led to his greatest films. This isn't to deny that his best work comes from a place of joy, love, humor, etc. But just that it is very much a passionate and angry response to the way things were always supposed to happen in whatever kind of story he's telling.

With Verhoeven I think he's more able to have his cake and eat it too, especially in films like STARSHIP TROOPERS and the severely misunderstood SHOWGIRLS.

2001 had Spiderman, LoTR and Harry Potter but lets not forget that 2000 had X-Men which really helped kick off the intellectual property age.

Yes, but I'd say that the original X-Men movie was sort of the last gasp of the old way of doing things: the movie was set in the near-future as a way of explaining why it was so weird, the heroes didn't wear colorful costumes as they did in the comics, the story was something that never happened in the comic, and never would (Magneto wants to turn everybody into mutants?) Most importantly, it contained almost no scenes or dialogue that was directly from the comic.

It was far from the unapologetic fidelity of "Spider-Man", in which almost every scene was taken from an issue of the comic.

I think that's mostly a fair distinction to make. While X-men was not the finished article in therms of the modern super hero film I still think it was a big step in the right direction.

The film showed you could tell more serious stories in the medium and make lots of cash money. There are tons of differences but I think most fans were forgiving in that they captured the tone of the universe and told a good story if not the right detail all the time.

Magneto only wanted to turn world leaders into mutants not everyone and while he never tried anything similar in the comics I think he might. His main goal has always been to secure the safety of his race and by making world leaders mutants he thinks that will make them more sympathetic (a bit flimsy of a plot but not the worst you'll see). Magneto's writing does vary a lot in the comics though as does what side he is on.

Marvel and the X-men comics in particular tend to be more accepting of alternate universes and time lines so I think that fans were more likely to give them room in the changes that were made. It is also takes the (still unique?) step of dropping you in the middle of continuity rather than being an out and out origin story which reflects the experiences of a lot of readers jumping into a universe that has been going on for decades.

I agree, those aspects did look ahead to the greater fidelity that was on the horizon.