How to Give and Receive Notes, Part 4: Create Buy-In 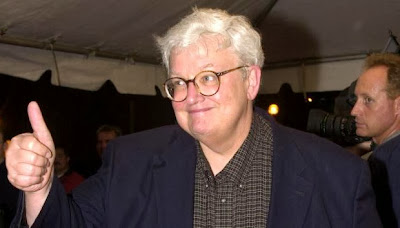 So we established yesterday that there’s no point in giving notes if those notes aren’t persuasive, and that’s a tall order, because it takes a lot to overcome a writer’s natural resistance. This turns you into a salesman, whether you like it or not, and in order to close any sale, you need to create “Buy-In”.

You should start each set of notes with a lot of general and specific praise, not just because that’s nicer, or because you’re trying to soften the blow, but because you need to establish common cause. You need to make it clear that you “get it”, that you see what the writer is trying to do and you agree it’s worth doing, that you see where it is working and how it’s working.

Otherwise, the writer will likely say, “Oh well, this person just doesn’t get me”, or “doesn’t like this kind of story” or “didn’t read my work closely enough to figure it out”, and they’ll have every reason to feel that way. It’s up to you to prove to them that none of these things are true.

Of course, once you’ve gotten them to accept your praise, then you’ve got them on the hook. Now you can hit them with both barrels and they’ll still say, “Uh oh, I can’t reject this criticism without also rejecting that praise, so I have to accept them both.”

Okay, that’s four days of mollycoddling out of the way, so now can we finally get to some criticism?? Yes, tomorrow, we’ll finally begin to pick away at our poor writer.

You can mention classic universally-beloved works to emulate, but DO NOT EVER MENTION SIMILAR PROJECTS IN DEVELOPMENT (or ones that are about to come out, or recent superficially-similar flops, or cult classics they’ve never heard of!) My old Film School chums are probably sputtering with rage right now because I was the asshole who always did this, and it took me years to stop, even after several people told me how inappropriate it was.

Believe me: Nobody wants to hear this. It’s just dampens their enthusiasm and bums them out. And there’s no reason to tell them:
Yes, you’re very smart, and very savvy, and you know all the angles and all the inside dope. Good for you. But keep it to yourself. You’re their peer, not their agent. Your job is to make it better, not to worry about if it’ll sell. So clam up.
Posted by Matt Bird at 8:00 PM

Labels: How to Give and Receive Notes

"DO NOT EVER MENTION SIMILAR PROJECTS IN DEVELOPMENT" is such a good rule. I'm usually more guilty of doing this to myself than to others. But I'm getting better at finding ways to stay informed without allowing what I learn to excuse giving up on something.