Straying from the Party Line: A Mood Disaster in Groundhog Day 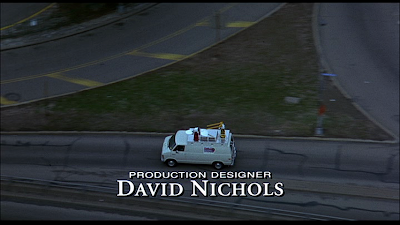 Let’s just focus in on just one deviation from the norm:
It’s always very tricky when a movie has a shocking plot turn 18 minutes in that knocks everything into a completely different genre. Writers Danny Rubin and Harold Ramis made it even trickier by choosing not to foreshadow the turn at all, not even though the use of mood.

It seems like it would have made the most sense to use some scoring here that says “something mystical is about to happen” like this music that gets used in the trailer for every movie of that type:

I don’t mind that the filmmakers chose not to do that, but even if you’re not going to imply anything strange is coming, you at least have to make sure you don’t make any promises you don’t intend to keep, as this song does. It says, hey kids, we want to rock and roll all night and party every day! It creates false expectations. Basically, it just sounds dumb, and makes you expect a dumb movie.

Ultimately, this is a very daring movie that does a lot of re-writing of the audience’s expectations. For the most part, it gets away with it…once it regain its footing, after this major misstep.
Posted by Matt Bird at 8:00 PM

I've been thinking about this post for a couple days, and I'm not sure I agree with you. I mean, yes, obviously the song is offensively bad as a song, but I feel like it is crucial for the audience NOT to think there is anything strange going on - they're just watching another moderately good Bill Murray sarcastic comedy until - bam - they're hit with the real premise. We need to think that this is just another day in Phil's life, and I'm not sure how to do that without making at least some sort of promise they don't intend to keep.

I think the proof that this works is that 1) no one ever remembers the early part of the movie. and 2) everyone believes in the reality of the crazy situation.