Rulebook Casefile: Asking the Right Dramatic Question in Groundhog Day (And Shutting Down the Wrong Questions) 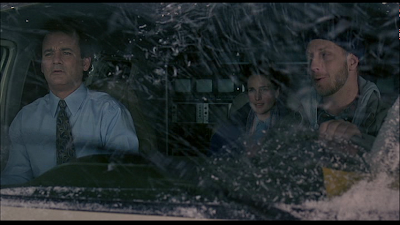 Rewatching Groundhog Day, I realized a curious thing: I’ve always admired the ending for not explaining anything, and just leaving it as a metaphor…but why do I like that here when I hated it so much on “Lost”? 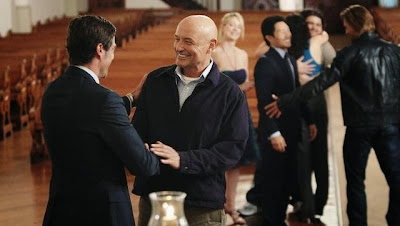 In the infuriating “Lost” finale, it felt like they were saying, “Whatever, dude, let’s just say it was god or something…It’s all just an allegory anyway, so what do you care?” Groundhog Day could be characterized the same way, but it’s a master class in how to do it right. It didn’t have to answer those questions because it never asked them. There’s only one question this movie wants to ask:
But there are a lot of questions they don’t want to ask. Most obviously:
But if you think about it, there are a whole lot more questions that could have distracted us: 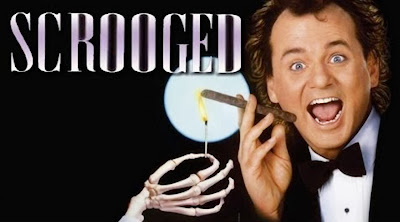 Compare this to a very similar movie, Scrooged, which was also about a jerk played by Bill Murray who is given one mystical day to make amends for a lifetime of being a jerk. That movie was all about facing his past, identifying where it all went wrong and reconnecting with his ex. How does this movie shut down those more traditional avenues of redemption? 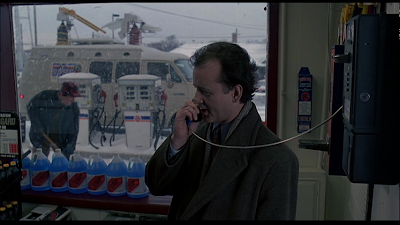 A big part of the answer is the blizzard. What does the blizzard do for the movie? On first viewing, we only notice two things:
But we don’t notice all of the other things that it’s accomplishing.
Crucially, the movie doesn’t ignore these possibilities, but it does blow past them, devoting about five minutes of screentime to the fact that the roads and phone lines are down and there’s no hope of useful therapy. Once that’s been established, the viewer unconsciously takes all those questions off the table, and naturally arrives at the one question Rubin and Ramis want us to ask: “Okay then, what should Phil do with his day in this town?”

The problem with “Lost” is that they spent six years teasing us with glimpses of a massive sci-fi backstory. Then they finally revealed the answer: “Eh, it’s all just a metaphor and they all got to kiss each other in heaven, so whatever...The End.”  No.  Just no.  If you don’t intend to provide any answers, then you have to take those questions off the table early on.
Posted by Matt Bird at 8:00 PM

Nicely done. In a way, the extreme limitations placed on Phil by the blizzard are not unlike the set-ups of many a contained thriller. And the consequences of the storm answer a lot of the same questions (Why doesn't he just call______?) A huge part of what makes GROUNDHOG DAY so compelling is the way it distills the essence of the sort of "big jerk has a change of heart" story we've seen a million times before. Instead of all the expected beats we've seen since Dickens, the storytelling strips it down to the existential basics of what he should do right now, in the present moment, both in spite of and because of the weird situation he's found himself thrown into. A situational microcosm of human life as Buddhist as it is Existentialist.