How To Structure a Story Around a Large Problem, Step 4: Hesitation

We’ve got two short ones, so let’s do two in one day...Come back later for Part 5! 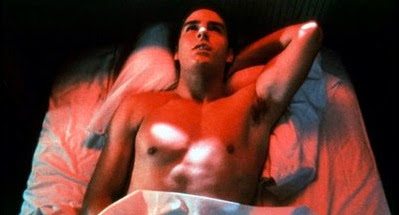 The Conventional Wisdom:
What Human Nature Dictates:
What Writers Should Keep in Mind:
Examples of Hesitation:
Notable Exceptions (But Don’t Try This At Home):
Later Today: The Hero Commits...

You could argue that in 12 ANGRY MEN Fonda's hesitation occurs off-screen -- like some of the important backstory in THE SHINING -- and before the film begins. This is another reason I keep returning to Jule Selbo's work. Her big idea can't be emphasized enough: While most stories go through the same steps in roughly the same order, not all of them spend the same amount of screentime in each step. Plus corollary I've mentioned above: That sometimes the steps may take place off-screen before the film begins or even after it ends.

I suppose that's true. Doubt and curiosity presumably caused Fonda to wander the streets and find that knife, and then by the time he put it in his pocket the morning of the deliberations he was committed to swaying his fellow jurors, which is the point that we pick up the story.