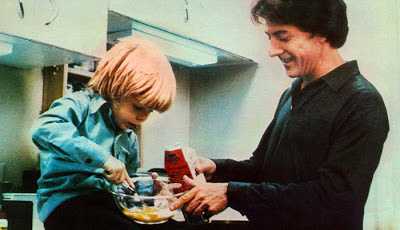 In college we joked that Shakespeare was just like life: The comedies all end with marriage and the tragedies all begin with one. I certainly haven’t found that be true in life, and even in fiction (even in Shakespeare, in fact) the rule is overstated.

Nevertheless, this does give us a clue as to the nature of Drama: it tends to pick up where comedy leaves off. Comedy ends with the removal of a mask and the beginnings of humility, but that’s where drama tends to begin. Dramas are, more than anything, about growth. The hero’s flaw and the hero’s problem tend to be one and the same: they know that they’re their own worst problem and they’re determined to fix it.

Discontent or Disaster / Humbled Growth / Back-Sliding / Self-Actualization:
Tragedies, unlike every other type of movie, frequently have a midpoint high-point, rather than a midpoint disaster. Tragedies usually feature anti-heroes who are somewhat loathsome, but sometimes they feature heroes who are too good to live, like Serpico or Jack in Titanic.

Discontent / Rising / Strained to Breaking Point / Death of Body, Career, or Soul:
Finally, commenter Beth asked earlier this week if I would cover the genre of romance, but as far as I can tell, there is no such genre. Every romance, it seems to me, is merely the romantic version of some other genre, usually comedy or tragedy. Am I wrong? Is there a romance arc?

Next week, we’ll have one more post before we start go through the structure list, on different psychological arcs that exist alongside these.
Posted by Matt Bird at 9:37 PM

Re Romance: Just last night, I was reading the "Notting Hill" script seeking an answer to your question. Since understanding the problem with my thriller story, I wanted to apply your methodology to a time travel kinda romance that I was having a similar problem with (I suppose I was playing along, wondering what you'd say about Romance and testing your theories by coming up with something before you weighed in.)

I'm still in the middle of the process, but it seems like "Notting Hill" might fit your drama arc, but not quite.

What all this is telling me is that my major problem is that I tend to come up with a neat idea and follow it through, but end up bouncing between the various genres, like my thriller that started with my protagonist's family issues, then morph into a conspiracy story. Unless I'm writing a detective story, a hard genre to run off the rails, my imagination wanders.

The solution, therefore, is in the rewrite to grab the whip and make some hard choices, and make sure that the genre expectations are resolved. We'll see if I can do that.

One genre I am not sure if you have considered or not is "event" films, where the event is the central character rather than a person. Films like The Longest Day.

QED, I'd imagine that ensemble dramas are united by an event, a theme or an idea but that each set of characters has its own arc.

For me, the drama arc above is maybe overstating the case a bit for most of those films. Not every hero reaches the heights of "self actualization." Sometimes "self acceptance" is enough. That's why I think that Blake Snyder's way of looking at these kinds of stories is especially useful. Most of Matt's examples of movie dramas could be seen as Rites of Passage tales, which for Blake Snyder are all about "denial, denial, denial" of a problem and "doing it exactly the wrong way" mostly by failing to properly identify and honestly own up to the problem. And this goes right up until the climax of the story where the hero achieves what he'd been after all along, not some false goal or easy cure and not necessarily perfection of his singular character, but a new acceptance of who s/he is, warts and all.

Hmmm, no easy answers to this one. Maybe Romance is a subgenre, like Fantasy, or Science Fiction? I will ponder this over the long weekend.

My thoughts on Romance:

Definitely, you can center a story of any genre (especially drama) on a couple, but we don't usually call it a Romance unless it follow a specific format.

The movies you'll find in the Romance genre on Netflix almost universally contain a perfect W-arc which is: Hero is down and out, hero meets love of life and happiness ensues, something drives the couple apart and hero is miserable, hero wins back the love of their life.

Often, this is stacked on a Comedy structure where the mask the hero wears is exactly what drives the changes in the story: their assumeed identity allows them to court their beloved, but when he/she discovers the lie it's also what drives them apart at the midpoint.

But the thing is that a mask doesn't *have* to be what's responsible, and a Romance doesn't have to be a Comedy. Sometimes they're just sweet (or sappy) and not funny.

I think what defines the Romance structure is that the hero thinks their problem is external (they are alone, they are not popular, they're not hot enough, they're in the wrong social class to get the girl, etc) but it turns out their real problem is internal. That's why the relationship is doomed to fail the first time around and only after the time apart and the spiritual crisis is lasting love possible. Without that I don't think we'd call it a Romance.

So I guess I would say the format is Discontent and Stagnation / Love / Separation and Growth / Triumph or Succumb.