Straying From the Party Line: The Lack of Closure in Silence of the Lambs 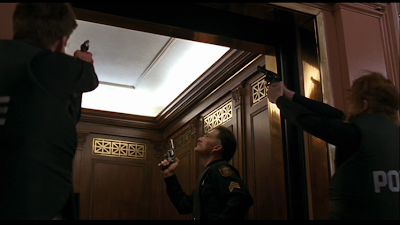 Just a short entry today, because Silence of the Lambs comforms to this checklist better than any other movie I’ve ever tested.  The one area that sticks out is one that also stuck out last time:
But, wait, before we move on to the next checklist, I’ve got more to say about neat tricks I admired while re-watching this movie, so let’s turn this into a Silence of the Lambs week! Tomorrow: Not calling attention to your structure...
Posted by Matt Bird at 8:00 PM

Labels: Concept, Silence of the Lambs, Straying From the Party Line, Structure, Theme

Just checking -- is it intentional that there's no text in the Sunday posting, just the Silence Of The Lambs photo? (Or IS there text, and my computer isn't displaying it? I see the text on today's Post #2 just fine...)

Sorry about that. I'm actually away from my computer this week, so I posted everything in advance. Sunday's post was another massive table (like the Bridesmaids one) but it seems to not be loading in Firefox, but I believe that it's loading fine in Safari and Chrome. If you have one of those, you might have to switch over to view Sunday's entry. I'm away on a family vacation until Sunday, but I can try to fix it then.