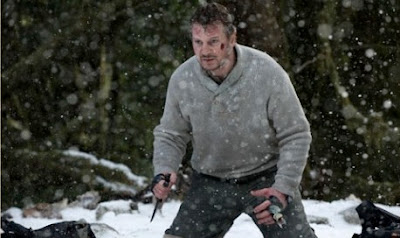 Yesterday, I talked about the extreme difficulty of getting from “really good” to “great”.  It’s painful, because you’ve finally gotten everything working perfectly, and you’re getting nothing but praise, but it’s still just not enough.  Everyone who reads it would be willing to pay $10 to see it in a theater, but nobody wants to raise a million dollars or more to produce it.

One secret is to unpolish your screenplay. You’ve smoothed things out enough to have everything finally slide into place, and provide your readers with a pleasant reading experience.  But now you’ve got to strip some of that polish off and expose some jagged edges.  Something for the reader to trip over and get a busted lip.

I’ve talked before about the gutpunch scene: these happen mostly in dramas—the Oscar-worthy scene where the subtext falls away and the actors finally get to wallop each other with all of their suppressed emotions.

But for other genres, you need to go even further: For comedy, action, and thriller, you need the OMFG scene.  Think of the trailer.  What’s the one moment that will make people need to see this movie?  What ceiling are you going to smash through that nobody else has even touched?
These are the scenes that get producers to spend a million dollars.  If they’ve got one unique thing that everybody wants to see, but nobody’s seen before, then they hope that maybe, even if the finished product sucks, they’ll still be able to sell it based off that scene alone.  The movie won’t be “execution-dependent.”

Obviously, it’s easy to get cynical about such scenes (When writing a broad comedy, I watched 20 recent comedy trailers and jotted down the biggest laugh in each one: a shocking number involved raccoon attacks, or head injuries, or both) but these scenes actually can make your script better.  Your story needs a reason to exist.  People choose these three genres in order to get juiced up, so deliver the juice.

But wait, you say, I don’t want to write an outrageous, over the top movie, I want to do a muted, ‘70s style, thoughtful movie: Oh, you mean like Annie Hall?
Or The Godfather?

EDITED TO ADD: Hmm... I just realized, looking at those two clips and the image above them, that they all involve casually destroying another person's most prized possession. Obviously, that's a good way to start. This goes back to the idea that people hate stuff.

EDITED AGAIN: This used to be called the OMFG scene, but I decided that sounded too dated, so I changed it to “Holy Crap!”
Posted by Matt Bird at 8:00 PM

I guess it's hard for me to see most of your examples as moments that were added much later in the writing process.

Aren't these key images/big scenes some of the first ones you think of when you're getting started on a script? Don't they help give you the juice to keep going even before they become the sizzle that sells your script to producers?

And, ideally, a great script should have more than one. Think of how many more you could cite in ANNIE HALL or THE GODFATHER, at least half a dozen or more in each film.

I think the most important part of the success of those scenes is that they haven't been seen before.

Like you mention with the White House destruction scene. It doesn't have the same effect the second time round.

So go through your script and look for scenes that you've seen before. Give them a new twist. I think originality on a micro basis (individual scenes) is far more important than overall originality. Tell us the same story in a new way.

Tarantino has said before something to the effect of: "All you need to make a movie are 8 great scenes." That seems about right to me, especially if each scene contains a significantly new OMFG moment, which his films usually do.