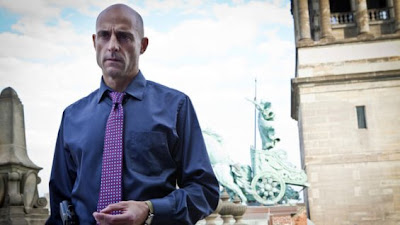 AMC has a pretty good track record, but I’m not enthused about this trailer for their new cop show “Low Winter Sun.”  I was flabbergasted that every single line was a cliché.

Who cut this trailer?  Didn’t they realize how generic it all sounds?   What’s supposed to be the brand of this show?  My sneaking suspicion is that they were thinking, “Wow, it’s a dirty cop! —That’ll blow their minds!”

No, it won’t.  When writing such a series, it’s tempting to fight against some imaginary squeaky-clean cop show that only exists in your mind.  But you have to pay attention to what’s actually out there right now. If you look at what’s actually on TV, where you’ll find over a dozen shows about cops who are at least partially crooked.  This trailer doesn’t explode conventional notions of morality, it regurgitates conventional notions of immorality.

This trailer is the exact opposite of shocking.  Now that the subject has become familiar, it’s no longer enough to simply show that there’s such as thing as corruption, you have to have something unique and original to say about the how, what, and why of it.  You have to make the old clichés of corruption come alive again in new ways by finding a lot of unique-but-universal details that we haven’t seen before. 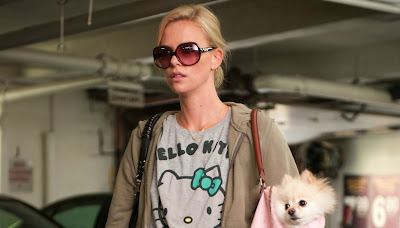 The movie Young Adult suffered from a similar problem.  I heard Diablo Cody and Jason Reitman speak about the movie, and they made it clear that this movie was supposed to blow the minds of everyone who was expecting a neat and tidy redemption arc. But who expects that these days?

When was the last drama with a neat-and-tidy redemption arc?  Certainly not any of the recent indie dramas that played to their audience, like The Wrestler, Big Fan, Greenberg, Margot at the Wedding or a dozen others.  In reality, Young Adult was just another dime-a-dozen “people suck” movie, which has become a very over-exposed genre.

That “squeaky-clean cop show” and the “neat-and-tidy redemption arc” are classic straw-men.  Anyone can win an argument against an imaginary, disingenuous foe that you propped up just so that it could take a fall.  Instead of failing into this trap, acknowledge the current reality of your genre and compete with the smartest stuff out there.  Don’t go for mind-blowing, go for better.
Posted by Matt Bird at 8:00 PM

Yeah, but Diablo Cody's only other film was Juno, which did have a "neat-and-tidy" redemption arc, right? And a happy ending! Which was unexpected because the indie movie fans were used to depressing movies where everyone sucks. But would it have been unexpected the second time around from Diablo Cody? Or would she have gotten critism for falling into a rut?

(True, Diablo Cody could have written a Really Good Scipt that would have helped her dodge that)

But I do agree with your larger point, to know your genre. I don't think she understands how Juno was different, and why that made people love it. I've read her interviews where she dismisses people for "eating up that shit".

I guess I think of Juno as a comedy. I suppose that both movies are pretty much "dramadies", but I would say that the first tips comedy and the second tips drama. Of course this may be because of the unhappy ending on "Young Adult", but that's also part of the problem: You may want to subvert one genre, only to find that you've merely switched to another genre.

I'm new to your site but I am loving it. You should have a podcast. I heard you on the Narrative Breakdown and you blow away those knuckleheads who do Scriptnotes.