What I Wish I’d Heard at Graduation, Two Final Caveats 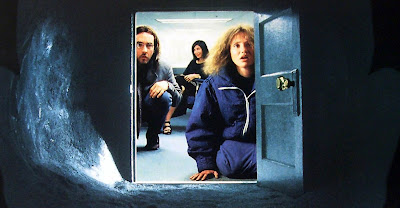 Caveat #1: If They Talk About Doing a Lot of Projects Together, They’re Probably About to Screw You

Here’s one I had to figure out  through bad experiences.  When you first start getting work, you’re probably going to be working for the bottom-feeders.  At first you’re going to say to yourself, “Gee, I’m so lucky to get this job!  Why on earth did they take a chance on a hayseed like me?”  Then you find out the answer…

All producers hate paying writers, but the bottom-feeders really hate it.  They hire beginners for two reasons: so that they can offer rock-bottom rates, and so that they can get out of actually paying those rates.  This can range from asking for extra free drafts to flat out refusing to pay you the money you’re owed.

How can you avoid these situations?  You can’t, altogether, but you can look out for some warning signs, and here’s the biggest one: they start talking about all the projects that you two are going to do together.

To a beginner, this sounds great!  “Wow, I’ve just lined up my next five jobs, before I’ve even finished my first one!  I have employment for life!  We’re going to be the next Schrader and Scorsese!  The next Kaufman and Jonze!”

But a veteran would never fall for it, because they would know that most projects end sadly: either the project dies, or the writer gets replaced, or both…and that’s fine.  That’s the nature of the business, especially at that level.  So no, you’re not going to make a bunch of projects together, because this project is almost certainly going to disappoint both of you in the end.

So why do they tell you that?  Because they’re already figuring out how they’re going to screw you over, and they’re trying to keep your eye off the ball.  When they say, “We’re going to make a lot of projects together,” the implied corollary is, “So don’t blow it by demanding your money for this one.”  If they try to sell you that line, just politely respond with, “Let’s wait to see how this one turns out.” Then watch your wallet.

When you sign with a representative, or when you get hired to write a script, you’re over the moon: “They like me!  They really like me!  All that suffering, all those years of hard work have finally paid off.  Now the pressure’s off! Now they finally trust me”

But of course this isn’t true.  First of all, the pressure has just ratcheted way up: Before you were unemployed, but now you’ve got a boss.  And even though you’re not being well paid yet, you’re now taking up the time of people who could be meeting with millionaires instead, so you have to act like you’re in that class.

But it’s worse than that.  Your reps may have liked you before they signed you, or that studio may have liked your script and/or pitch before they bought it, but as soon as you signed on the dotted line, they regretted it.  Everybody loves the thrill of the hunt.  They saw that someone else desired you, and they felt that their attractiveness was threatened, so they pounced upon you with a better offer, and they bagged you: success!

But now they’re stuck with you, and they can’t remember why they wanted you in the first place.  In the harsh light of day, you’re just not as attractive as you were at closing time.


The only solution is to re-sell yourself.  Show them something they haven’t seen before. Everything you brought to the table before you signed on the dotted line is going to seem old and dead to them now.  Hit them with some new ideas. Re-invigorate their interest before they decide to shelve you in favor of their next conquest.

Okay, folks, enough negativity!  This is gonna be the year of Matt!  Happy helpful hints resume tomorrow!
Posted by Matt Bird at 8:00 PM