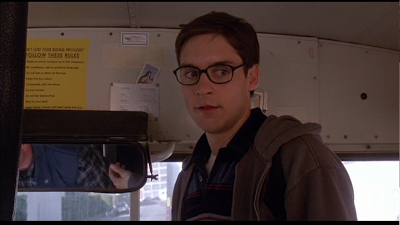 The structure of this movie is interesting. It starts us out with a hero with superficial teen problems (he’s too scrawny, gets bullied, and clams up around girls), then gives him a huge opportunity that seems to solve them all, and then, once, he accepts that opportunity, it reveals deeper personal problems he hadn’t suspected.

So instead of “hero gets opportunity to solve longstanding personal problem”, we have the opposite: “hero gets opportunity that reveals heretofore hidden personal problems.” In the end, the only way to solve those problems will be to reject all the things he sought in the opening 15 minutes: the girl, the rich friend, and personal acclaim. As a result, as you’ll see here, a lot the hero’s true problems don’t emerge until around the 40 minute mark.

I don’t know about you, but I fall totally in love with Peter as a character. I’ll have more to say about it soon… 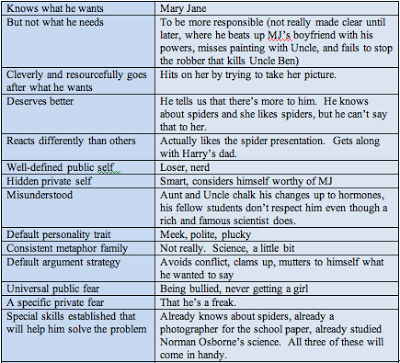 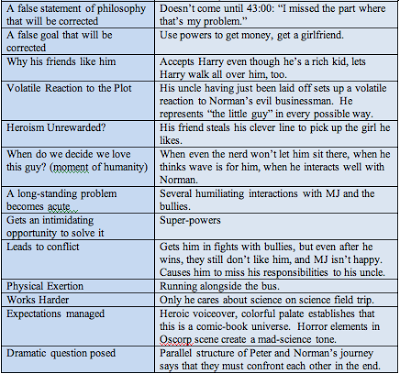 Tomorrow, a very different type of high-schooler...
Posted by Matt Bird at 8:00 PM