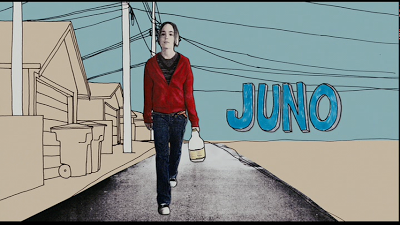 Juno is halfway between Max and Cady: not desperate to fit in and willing to alienate everybody, but still pretty vulnerable and lost.

Re-watching this confirmed something I’d noticed before: the first ten minutes, with its wall-to-wall terrible hipster dialogue, is entirely different from the rest. As soon as the very grounded character of Bleeker is introduced, the sheer force of his reality obliterates all that phoniness, and most of the dialogue from there on out is beautifully written and real.

So why the atrocious beginning? One clue is to be found in the deleted scenes, where we learn that the atrocious first 10 minutes was actually 20 minutes that got cut way down. This implies that writer Diablo Cody was flailing around and finding her way, until the introduction of Bleeker forced her to settle down and discover that she actually could write if she suppressed her hipster instincts.

Ironically, I think that the script only sold because of that hipster dialogue at the beginning, which indicated to Hollywood that they had found “a fresh new voice” (Director Jason Reitman even says in the commentary that one of the lines he cut was the one that made him want to direct it.) Hollywood tried to buy a bad too-cool-for-school movie and accidentally ended up with a good one, because none of the buyers, thankfully, read beyond the first twenty pages. 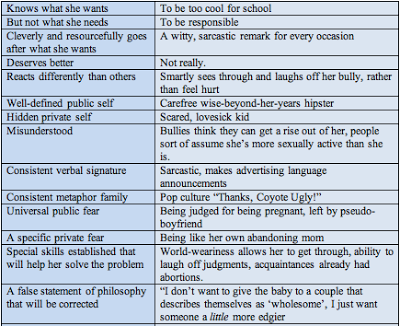 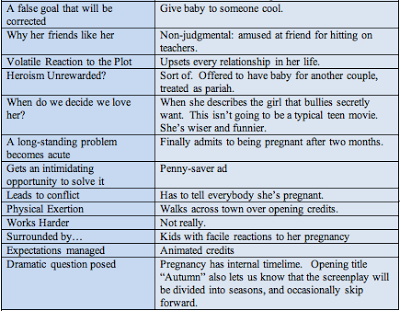 'The first ten minutes, with its wall-to-wall terrible hipster dialogue.'

The rest of the film isn't better. Diablo Cody is a talentless and overrated hack and Juno is the most blatant pro-life argument filmed this side of Kirk Cameron. The only explanation I can find to her Hollywood success is her talent for self-promotion, her nasty tattoos and her past as a lap-dancer.