Now You Can Revise, Part 4: Add More “I Understand You” Moments 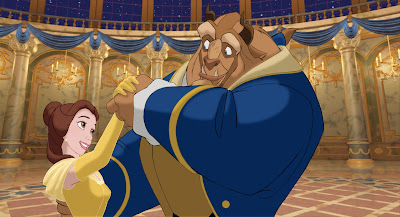 We’ve all had the experience.  You’re sure that you’ve met your perfect match.  You rhapsodize for hours about everything that made you fall head over heels, but at the end your friend just shrugs and says, “Are you kidding me?”

The problem, of course, is that your hormonal response is distorting your reality, and your cool-eyed friends are evaluating the shelf-life of this new relationship dispassionately, asking: Do these two have enough in common?  Will they treat each other well?  Most importantly: Do they need each other?

In a “first person” novel, you can try to capture the subjective experience of falling in love, but screenwriters have a much harder job.  Movies are always in the “third person”, which means that the camera eye never gets to fully identify with one of the lovers, so it must take the perspective of that dubious friend.

(You can try to cheat, like West Side Story did, by using subjective camera effects to capture Tony’s besotted vision of Maria, but even back then viewers just rolled their eyes.  The camera eye is not the hero’s eye, and we will always see more than he sees.)

So this is one case where you don’t want to write what you know—don’t trust your own distorted memories of love and/or heartbreak, and instead think back to the relationships of your friends.  Which relationships did you root for, which ones infuriated you?  Which ones endangered your friends and which ones saved them?  Most importantly, how did you know that they were right for each other, maybe even before they did?

Whether your first draft is one huge love story or the romance is a minor element, you may be shocked to discover, once you’ve gotten some notes, that nobody sees what you see in the love interest.

The reason that so many love stories fail, and so many lame love interests drag movies down, is that the filmmakers have failed to add “I understand you” scenes.   As I described here, the entire massive seven-book, eight-movie “Harry Potter” juggernaut seriously falters because nowhere in all those mounds of franchise did Rowling or any of the screenwriters put in any “I understand you” scenes between Harry and Ginny.  She’s just “the girlfriend”.

The revision is your chance to add that element of understanding, but it’s tricky.  Given that your hero starts off with afalse goal and a false statement of philosophy, it’s tempting to make the love interest the character who’s lecturing your hero from the beginning to adopt the right goal and philosophy, but then you risk drifting into another category of alienating character: Just as you don’t want a hero who just says no, likewise you don’t want a stick-in-the-mud love interest, such as the kind you find in Old School, and many other manchild comedies.  (These love interests also violate the rule that “People Only Want What They Want”.  At the end of the day, nobody really wants to save you except you, and maybe your close family)

Better “I understand you” moments don’t have anything to do with wanting to change the other person and everything to do with accepting: We don’t root for the Beauty and the Beast to get together until the beast gives Belle his library.

Sometimes you can establish that they understand each other before they even meet.  Ironically, we know the heroes in Friends with Benefits will bond because we see that they have a shared dislike of relationships.  And what could be more romantic than the song that drifts from Maurice Chavalier in the city to Jeanette MacDonald in the country in Love Me Tonight?

Just as when you have to occasionally check with your buddies to make sure you’re not blinded by love, only once you’ve gotten notes on your screenplay will you know how well your romance is playing.  Don’t be surprised if you have to give it a firmer foundation.
Posted by Matt Bird at 9:15 PM

Labels: Dialogue, Now You Can Revise

Another useful and spot-on post. Though I know you link to other mentions of the idea, the one thing I wish you had included in the text of this entry was another brief definition of the "I understand you moment," something like what you've already got buried in the middle of that extensive HARRY POTTER post:

A convincing love scene can’t be about “I like your looks” or “I like your status”. The subtext must be: “We surprise each other by understanding each other.”