How to Manage Expectations, Step 5: Plant the Right Questions... 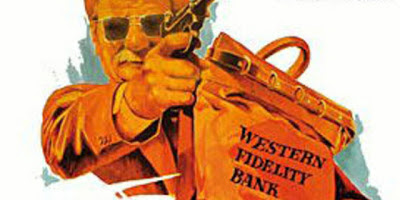 So now we’ve discussed genre, sub-genre, and mood, all of which tap into your audience’s pre-established expectations: “This is going to be this kind of story, not that kind of story.”

But you can get so far by relying on your audience’s knowledge of similar types of storytelling.  Now you have to create new expectations from scratch.

As with sub-genre and mood, the important thing is not to establish what your story is, but what your story isn’t.  Let’s go back to the Scriptshadow comment that helped inspire his series, from Claudethewriter on this post:
How can you get the audience to ask the right questions?  The most obvious way is to have a character state the issue out loud.  You can do with the dramatic question (“How will it all end?”) or the thematic question (“What’s this really all about?”)

At the end of Charley Varrick, as I’ve mentioned before, Charley really isn’t out of danger at all: he still has the mob’s money and they still want to kill him, but the movie feels satisfying because we heard the bad guys say at the beginning of the movie, “He’ll never make it out of Arizona alive!”  This creates the clear (but dubious) impression in our minds that getting out of Arizona = triumph.

Likewise in Never Cry Wolf, Tyler doesn’t actually save any wolves or expose the bad guys, but we began with the statement, “He’ll never make it through the winter!”, so that’s all he has to do.  In both cases, these statements excited our expectations about a smaller goal, and subtly shut down our expectation of reaching a larger goal.

You can also state the thematic question out loud, subtly or directly.  Bullets Over Broadway openly asks, “Is great art worth more than a human life?”, which becomes a very real question by the end of the movie.  Matthew Broderick begins Election by asking his class “What’s the difference between morals and ethics?”, but the bell rings and all the kids leave, so it’s up to the rest of the movie to answer that question. The dangling question hangs in the audience’s mind, coloring our interpretation of everything we see.  We’re now in the frame of mind that the writers want us to be in.

But there are more subtle ways to state the right question and evade the wrong question, which we’ll get to tomorrow…
Posted by Matt Bird at 8:00 PM