Storyteller’s Rulebook #154: Your Career Begins When You Know What Not to Write 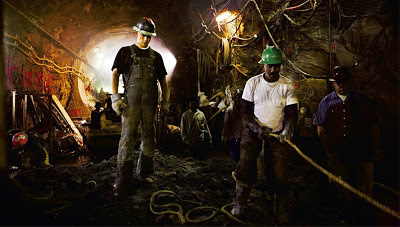 Following up on Tuesday’s post, once you know how to recognize assets and liabilities, you’re one big step closer to the turning point in anybody’s career: the moment that you know what not to write.

If you’re anything like me, and stumble-bum your way through life, then you’ll hit each of these steps…
I’ve had trouble at every step along the way.  I’ve had to force myself to write down every bad idea in order to find better ideas hiding behind them.  I’ve forced myself to burn through all those so-called “good ideas”, rather than treat them like they’re precious and polish them for years on end…

But the hardest thing is to stop asking whether an idea could work, or should work, and start asking the most important question of all: Do I know how to make people care deeply about this character as the story begins?

Once you start asking that question, all of the not-good-enough ideas begin to fall away.  You may have an idea and think, “It’s cool!  It’s commercial! It’s high-concept!  I can see the poster!  I can see the lunchbox!”  Or you may have another idea and think, “It’s profound!  It’s an devastating allegory for the modern world!  The ending will be gut-wrenching!”  And all of these things are good.  But none of them will do you any good if you can’t make people care deeply about your main character as the story begins.

Here’s the typical development of an idea for me: I was editing a documentary about the history of black New York, and our historian was telling a great story: one day he got a call from someone digging the foundation of a building, who told him that they had discovered a slave cemetery and they were quietly dumping the bones so as not to stop the dig, so he needed the historian to come down right away and stop them.  (This eventually led to the creation of the African Burial Ground National Monument)

Suddenly I had an idea: I transposed the story to the world of the sandhogs digging the 2nd Avenue subway.  One black sandhog objects to dumping the bones, but loses the fight.  Once the subway is built, the ghosts of the dead slaves begin possessing passengers, then the possessed roam the subway tunnels looking for their original destination: an old church that has been long-buried beneath the city.  The black sandhog figures out what’s going on, but in the course of his investigation, the ghosts possess his own son, forcing him to help them find what they’re looking for, while another group of ghost-catching evil spirits try to hunt them down.

This isn’t a terrible idea, but the liabilities massively outweigh the assets.  For one thing, I’m not black and I’ve never met a sandhog, so I would be writing in voices that I don’t know well.  For another thing, it marries the very painful subject of slavery to an ultimately silly supernatural thriller, which makes it super-tricky to pull off.

It wouldn’t have been impossible to solve any of these problems, but it would have required tons of research, it would have to be handled very sensitively and it would always be a hard-sell.  Was I prepared to tackle these challenges?  Of course not.  I just thought it was a “neat idea”, but I wasn’t being honest with myself about the assets and liabilities that came with it.

Okay, this is getting very long, so let’s come back next time for a second visit with a very funny interview that, I now realize, weaves several of my recent posts together into one cohesive whole.
Posted by Matt Bird at 8:00 PM

"But the hardest thing is to stop asking whether an idea could work, or should work, and start asking the most important question of all: Do I know how to make people care deeply about this character as the story begins?"

This is something I just learned the hard way myself. And I'm not going to forget it going forward. All other components of a script might seem important -- but without the animating force of a protagonist the writer and the audience care for deeply and immediately -- you got bupkis.

I suppose this also reminds me of something you wrote in an earlier post about how all the audience cares about before they see a film is the premise, but then all they care the moment it starts playing are the characters.

Reminds me of "The Gentleman."