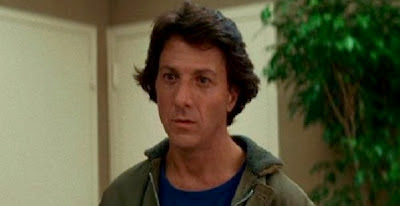 Every screenplay, whether you like it or not, is a business proposition, and the most important personnel decision you will make is who to hire to be the hero of the story. The hero will be the face of the whole operation, with the job of winning the confidence of your customers and carrying the enterprise through to its success or failure, so interrogate each candidate thoroughly.

In any job interview, the trickiest moment is when you ask the applicants about their flaws.  The biggest mistake any job applicant can make, of course, is to admit to no flaws at all. It sounds a little suspicious, doesn’t it? Every honest person has flaws, and that’s good, because no one could relate to them if they didn’t. So every hero needs a flaw...

...But let’s not go crazy. You don’t want to choose a hero that has dozens of flaws. A good hero has one big flaw, one that they’ll have to fix if they want to succeed in this endeavor. If they have way too many flaws (as did the heroes of longtime CC punching bags Greenberg and Big Fan) then what’s the point? Why would we root for them to overcome today’s problem, knowing that they’ll immediately screw up whatever short-lived victory they achieve?

But when searching for a hero with one big flaw, be aware that not all flaws are created equal. If your interviewees are vicious, or cruel, or misogynist, then you should be reluctant to hire them. Even worse, if the prospects are lazy, or apathetic, or sit around waiting for instructions, you mustn’t hire them under any circumstances. We want self-starters here!

If your movie has a hero we’re supposed to root for, then think of the sort of flaws you’d admit to in a job interview: too perfectionist, too rational, too passionate, too detail-oriented, too big-picture-oriented, too humble, too proud, too work-focused, too nice, too honest, too focused on short-term gain, not focused enough on long-term security. Any one of these is a flaw that, if the applicant shows an honest desire to do better, can pass muster with an H.R. director. Not coincidentally, these are the sorts of flaws that are unlikely to alienate an audience.

One thing that these flaws have in common is that each can be the flip side of a strength. Such flaws are great for two-reasons:
One of the most entertaining “flaw” scenes of all time was in Larry Gelbart’s wonderful script for Tootsie. Michael Dorsey’s exasperated agent explains that nobody will hire him because he’s too intense:
Casting directors may not what to hire Michael, but we in the audience are more than willing to hire him to be our hero. We sympathize with his flaw, even though we hope that he will eventually overcome it.  We can work with this guy, because he’s well worth rooting for.
Posted by Matt Bird at 7:52 PM

Considering that we can root for real people - who generally have a dozen flaws - as well, I'll have to disagree with you.

You're right, of course, but I would argue that there are various reasons that this doesn't tend to work in movies...

In real life, after we've bonded with someone deeply, we can root for them from afar, for years, as they slowly work through their problems, through hundreds of ups and downs. And we know that, if at any point we get fed up with their false promises to change, we can stop calling them back.

In a movie, we're meeting this person for the first time, then spending two hours with them, going through a small handful of ups and downs. And we're not rooting for them from afar, we're perched on their shoulder, uncomfortably close and smelling their breath.

It's not IMPOSSIBLE to root for a character with a dozen flaws, but it tends to take a genius writer/director like Paul Thomas Anderson, who pulls it off in both Hard Eight and There Will Be Blood, for instance.

"Breaking Bad" has pulled it off in a "dance of the seven veils" style. Every time Walt overcomes an old flaw (remember when he used to be a milquetoast?) a new flaw emerges to take its place.

As I've said before, any rule can be broken, if you're prepared to do something really impressive, as long as you know that you're going against the odds.

Anonymous might want to take a gander at Matt's previously posted Jerk Week, which features difficult to like heroes with multiple flaws, who nevertheless, like Walter White, also possess some small bit of relatable motivation the audience can hang it's empathy on.

Normally yes, but unfortunately for Walt, his new flaw is psychopathy.

I had never looked at flaws like this before.

I think, for characters who have a terribly flaw that shouldn't come up in a job interview, that motivation is the key. If they've done something evil, why did they do it?

Now that I say that, though, it's probably just an extension of virtue run amok. The trick is to make sure the motivation is clear.

Avoid surprises — interviews need preparation. Some questions come up time and time again — usually about you, your experience and the job itself. We've gathered together the most common questions so you can get your preparation off to a flying start.

You also find all interview questions at link at the end of this post.