How To Create A Compelling Character, Addendum: One Quick Shortcut To Finding A Character’s Voice 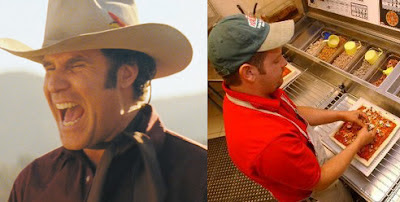 As I wrote about here, I tried to “road-test” some of my ideas this summer, and ran into a few bumps. For me, the hardest part of writing is creating a character’s unique voice, so I’ve been focused on that since the beginning of the blog. In my How To Create A Compelling Character posts, I came up with several ways to do this…

…But what I’ve discovered is that, while these categories are very useful for honing my characterization later on in the process, they’re less useful when I’m just starting to create a character from scratch. Before I’ve put the character into actual situations on the page, it’s hard to pre-determine what their metaphor family, default personality trait, default argument strategy, etc., will be.

Part of the problem is that, in a first draft, the characters are inevitably forced to serve the plot, and only in later drafts do the characters become strong enough that they can force the plot to serve them. In this tug-of-war, your characters will attempt to act logically and de-escalate their conflicts, while you try to drag them against their will into an escalating sequence of crises.

Once you and your characters have reached a compromise that satisfies their desire to act logically and your desire to make things happen, then you can start shrinking and de-emphasizing your plot while you enrich and deepen your characterization. But if you load down each major character with a dozen traits before you start writing the first draft, they’ll be too obstinate, and defeat your desire to fire things up.

What I’ve discovered is that I can’t really lock down all my character’s traits until I’m at least half-way through the first draft. This is where writers tend to enter the “second-act doldrums”, and you lose sight of what you originally wanted to say. If you find yourself flagging, then you can re-read what you have, discover who your characters actually are, and sharpen them until you know how to proceed with the rest of the script.

But in the meantime, how do you get started? Over the years, I’ve tried two separate tricks: One is that I would imagine an actor playing the part who has a strong “voice” that he or she brings to each movie: Robert Downey Jr., Robert DeNiro, Sigourney Weaver, Tina Fey, etc. This gives me a strong voice that I can hear in my head, but the problem, of course, is that this is a derivative voice, drawn from other movies and not from real life.

Another method I’ve used is to picture someone I actually know. This connects me back to the real world and gives me a deep well of unique and non-cliché behavior to tap into, but it quickly becomes a problem: these “real world” characters keep resisting me, saying “I would never say that” or “I would never do that.” It’s hard to imagine what your best friend would do after the robot apocalypse, except run and hide.

But I had a breakthrough when I split the difference. Now, if I want to dive right into writing, even though I’m not ready to define every trait of my character, I simply imagine a voice that combines a famous persona with someone I actually know.

For instance, I defined one character as [Will Farrell] + [my beloved, crazy old manager from Papa John’s who lived in his van in the parking lot]. My old manager gave the character a unique world-view and sympathetic, un-clichéd flaws, but adding in Will Farrell made him a bolded, wilder, and funnier. In a matter of minutes, I could hear the voice of this unique new character talking in my head, and I was off to the races.

You could also try creating a super-short story. Limit yourself to 1000 words and write away with as much concentration as you'd use if writing to publish; in paring things down to that short length, you'll often get a good handle on the character's voice because you'll be forced to shave away all the things that don't advance the story.

Very informative post.Last week, I have participated an essay competition and the topic which I selected was about “how to write compelling character”. So, I referred lots of resources but none had much info's. Thereby, one of my friend suggested the best essay writing service.I got many interesting tips from this site. Thank you so much for sharing this information.

For me it's very interesting to discover new aspects of foreign cultures and to find interesting stories about simple things. Shamanic drum circles provide the chance for life minded people to come together for the attainment of a getacademichelp shared goal. There is much power in drumming alone, but that power magnifies on many levels in a group of drummers.

obviously like your web-site however you have to test the spelling on quite a few of your posts. Many of them are rife with spelling issues and I find it very troublesome to inform the reality however I will surely come back again. singapore web development company