“Hey, Matt, what’s going on here??  You’re just agreeing with the Academy as often as not!”  Yeah, I’m surprised at that, too.  The unexpected upshot has been that I’ve rediscovered  some great winners I hadn’t seen since high school.  But don’t worry, I suspect that this run of non-dissent is pretty much over with this one. 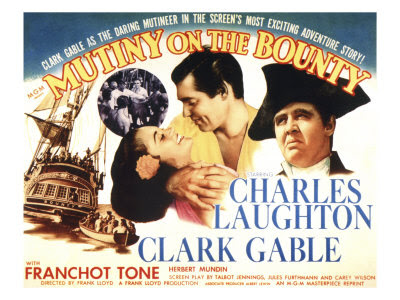 The Year: 1935
What the Nominees Were: Alice Adams, Broadway Melody of 1936, Captain Blood, David Copperfield, The Informer, The Lives of a Bengal Lancer, A Midsummer Night’s Dream, Les Miserables, Mutiny on the Bounty, Naughty Marietta, Ruggles of Red Gap, Top Hat
Other Movies That Should Have Been Considered: A Night at the Opera!

What Should’ve Won and Did Win: Mutiny on the Bounty
How Hard Was the Decision: Somewhat. I re-watched The Informer, which is wonderfully atmospheric and subversively dark, in every meaning of the word, but it’s also hopelessly overwrought and Victor McLaglen, so appealing in supporting parts, proves to be too one-note for this complex role. 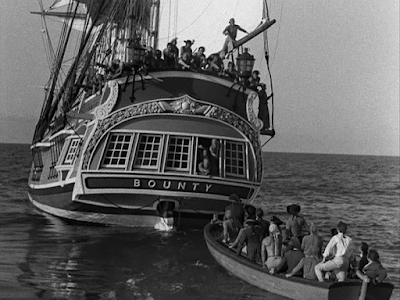 The Story: In 1789, unfortunate sailors are forced against their will to join a two-year expedition to Tahiti to bring back fruit trees, which might prove to be a cheaper way to feed the slaves in Jamaica.  The captain is a petty little dictator, flogging the men mercilessly, stealing their food for himself, and hounding more than one to death.  His right hand man defends him… until he can take no more.

Any Other Nominations or Wins: Gable, Laughton and Tone all competed against each other for Best Actor, meaning that McLaglen got it by default. (There still was no Best Supporting Oscar.  They added that category the next year in response to this problem).
How It Won: As with Grand Hotel, this was a no-brainer: the biggest studio, biggest budget, biggest stars and biggest grosses all lined up.  The reviewers were split between this and The Informer, (and for the first time, they started giving out their own awards) but at the Academy, it just couldn’t compete.  I’m siding with the Academy on this one.

Why It Won:
How Available Is It?: Once again, it has a nice looking DVD with few features.. 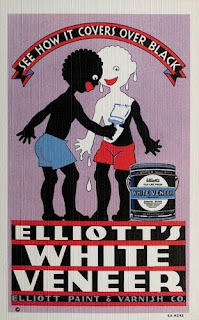 I have to admit I've never seen Mutiny, but Ruggles of Red Gap is one of my 30s favorites - and also starring Laughton.

As for agreeing with the Academy, part of that has to be your (completely laudable) insistence on looking at what *could've* won. But also, the Academy definitely got a higher percentage right in the 30s than they ever did again.

I second Mark's love for RUGGLES, kind of a comic counterpart to MUTINY's liberation tale, which is coming soon in a nice restored Blu-ray from MoC in the UK if you are region-free. Otherwise you're stuck with an acceptable Universal MOD disc via Amazon.

I just missed the chance to see Ruggles at Film Forum here in NYC and I heard it was great. I suppose that now is the time to admit that, alas, I haven't seen every nominee every year, especially in this period of 12 nominees per year (many of which are naturally no longer available)