Storyteller's Rulebook #135: Don't Take The Wrong Lesson From Their Success 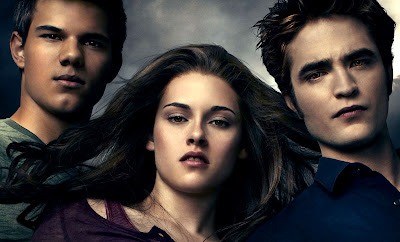 We all know, here in ambitious-writer-land, that the wildly successful “Twilight” series of books and movies is “bad”, and it’s easy to get furious about that… but that’s a trap .  In fact, though you, as a person, may loathe the message that it sends out, there’s no reason for you, as a writer, to resent the success of that series.

There’s a difference between “Wow, this person can’t write!” and “This person is writing for an audience that doesn’t include me.”  It’s very easy to read something that has an annoying tone, or a certain set of affectations, and say, “That’s just bad writing,” but there’s a chance that this writer has identified an audience who craves that tone, and those people will eat it up.

(And for that audience, the fact that that tone annoys you, Mr. Snooty Reader, might actually be a big plus.  They love that these stories are for them and just for them.  If you don’t get it, then you can’t be in their club.)

When the success of a series like “Twilight” infuriates you, the danger is that you’ll end up saying one of these three things:
None of these things are true.  Just as you have to work hard to learn to please your audience, Meyer had to work hard to learn to please her audience.  Pay no attention to lies in the press about “it came to me in a dream and I just started writing it down.”  Press agents love to claim that the writing of a book was effortless, because then the audience can believe that these are somehow real characters who simply spoke to the author from another world.  If the press agents admitted that writing was a lot of work, then audiences would start to realize that the author, like all authors, is trying very hard to manipulate their emotions.

Instead of the self-destructive statements above, it’s far more useful to say to yourself.
Most importantly, do not convince yourself for a second that Stephanie Meyer herself thinks that “Twilight” is bad, and that she’s just cynically exploiting the low standards of the girls who love her books.  It never works that way.   Successful “bad” art, whether it’s Stephanie Meyer, or Thomas Kinkaid, or Michael Bay, or Seth McFarland, is always made by true believers, who are making their own favorite type of art for their own audience.
Posted by Matt Bird at 7:59 PM

I suppose I agree that it's unfair to critique the success of bad niche art from the outside, but what about from the inside? If it is the sort of thing you yourself would like, if only it were better. Say, for me, the TV show 24 which always struck me as way more obvious, less interesting and more outrageously untrue procedurally in just about every detail than it ever needed to be to entertain us. Think of what somebody like Tom Clancy would have done with this idea back before he was a franchise, when he actually bothered to write his own books. Or compare it to what David Mamet and Shawn Ryan achieved with the best episodes of THE UNIT.

What if the badness of certain bad art really isn't so much a feature of the art but instead a bug that might have been fixed whilst still giving the audience all the genre pleasures they sought it out for to begin with? Isn't that the very essence of what The Meddler is about for you?

Without condescending at all, I'd also add that sometimes people who like bad art because something in it gives them something they want and they really don't know any better. If the better stuff were known to them or more easily available, many would embrace it. To a certain extent, everyone is like this growing up, which is why it's no surprise that bad art flourishes in the YA set, who have a valid excuse not to know any better -- they haven't been alive long enough yet to be exposed to better versions of the art they are excited by.

I doubt that fans of the Painter of Light would pass up the chance to have an actual Monet on their wall, if the real master's work were sold in comparable suburban shopping malls.

I have a younger relative just getting into movies seriously who really liked ANOTHER EARTH, which I hated. Once I showed him Tarkovsky's SOLARIS, a far superior sci-fi chamber drama about being haunted by guilt, he immediately understood why and adjusted his own taste based on his new experience with a more interesting film.

Granted, sometimes the inherent junkiness, crassness, obviousness or stupidity of a given thing is a large part of the attraction. But I'd like to think this is not always the case.

Yes, it's easier to judge if you feel like you're the target audience and you still hate it: As a big fan of "Hill Street Blues", "Law and Order", "Homicide" and "The Wire", I feel pretty safe in saying that "NYC 22" is just flat out bad. BUT if "NYC 22" becomes an unexpected success, I would have to re-evaluate it and figure out what they were doing right.

I guess the best example would be "Person of Interest". It LOOKED like it was aimed at people like me, so when I (and everyone else I know with similar tastes) hated it, I confidently declared it dead in the water. But it got renewed because it found a way to please some audience other than mine.

I could get mad at the people who have embraced this show I dislike, but instead I should be humbled and try to figure out how the showrunners identified and pleased that untapped audience.

When it comes to truly bad hits, bad art that's mega-successful I guess I really believe that it's more a matter of connecting with a certain audience at the right cultural moment and being not so much good as good enough (relative to what that audience is used to). Like, say, the Blue Collar Comedy Tour or Dane Cook or Tyler Perry or THE PASSION OF THE CHRIST.

I'd say we are both a part of the target audience for PERSON OF INTEREST. In fact, embarrassingly, I wanted to like it even more than you did, to the point where I even defended the pilot here. My mother-in-law ought to be the reason it's still on the air, yet even she still watches P.O.I. only occasionally,and not nearly as much as she would if it were actually as smart and interesting as we both had hoped and had something more than a wisp of continuing story.

And, sadly, I'd say you're right about NYC 22, which I suffered through again last night, definitely for the last time.

>If the better stuff were known to them or more easily available, many would embrace it.

This is just what I've found with Dark City - people who liked the Matrix are wowed when they discover there was an earlier film with similar ideas but more sophistication (or, in my case, never liked the Matrix but found Dark City was my cup of tea).

Though it's hard to disagree with the gist of your post, I guess I'm just questioning the practicality of thinking like this at all. If you spend time sussing out the popularity of TWILIGHT, then you've wasted your time since you can't really relate to any of the reasons fans like it. If you spend your time humbly parsing the success of something closer to your personal taste but that you still think is bad, like PERSON OF INTEREST, then you waste time that you could have been spending writing your own better version of a comparable thriller.

And I have thought of at least one bona fide bad writer who calculated his success cynically -- Nicholas Sparks. He admitted as much to the NYT, saying he wanted to be a hugely successful writer like Stephen King and didn't particularly care for romance but saw an opening in the genre which at the time he started had no one of King's bestselling stature.