There are still lots of questions on the checklist with nothing to link to, so I’ll be periodically filling those in. 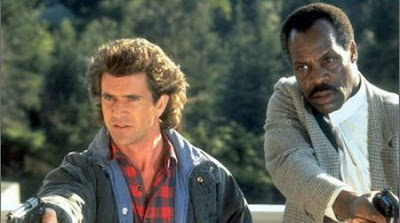 Is Lethal Weapon 2 the worst movie ever made?  Maybe, but I can say with certainty that it’s the most infuriating movie I’ve ever seen.

The villains are evil, snarling, Apartheid-loving South African drug dealers, but no matter how many people they kill, the police chief keeps snarling to Mel and Danny: “Forget it, guys, they have diplomatic immunity, there’s nothing we can do about it!  If you touch a hair on their head, I’ll have your badge!”

What a predicament!  How will our cops figure out a clever way around this conundrum?  Well, they don’t: they finally just get fed up and say “Screw it!”  They barge into the bad guys’ place and begin a raging gun battle.  Oh no, what will the consequences be for our heroes??  Answer: nothing.  They eventually call in back-up, the police arrive to help and then they all stand up and cheer together. 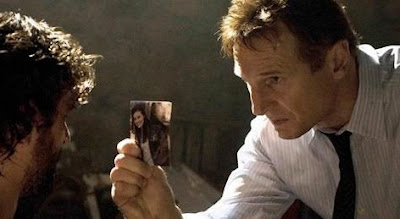 A similar recent example was Taken, in which Liam Neeson wants his daughter back so badly that he’s willing to do anything... He even shoots the Paris police chief’s wife and then refuses her treatment until the chief tells him the whereabouts of the bad guys!  Wow, he’s willing to throw his own freedom away in order to save his daughter!

Except not.  Here’s how naïve I was: I genuinely expected the movie to end with Neeson in prison, getting a visit from his daughter, and assuring her that it’s all worth it if she’s okay.  Nope, it ends with Neeson happily flying home with his daughter without a care in the world.   Um… How does that work?

Now don’t get me wrong, I realize that a lot of people love these movies just as they are, and they wouldn’t be happy to see our heroes sitting in jail at the end, but nobody’s proud of themselves for loving these movies.  They get their adrenaline pumped, but when the credits roll, the taste of joy has already started to turn sour in their mouths.  They know it doesn’t really make any sense.

As I mentioned here, two thrillers that have stood the test of time did a much better job with this: the economy gets wrecked in Jaws, and Lechter escapes in Silence of the Lambs.  Our heroes have made painful choices and must live with the grave consequences of the risks they took. 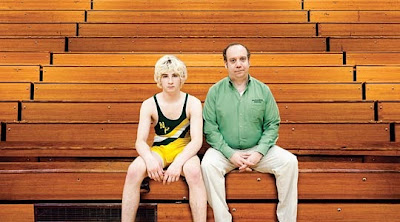 One of the best movies of last year (which I totally forgot about by the time I did my “best of” list) was Win Win.  We’ve seen a million movies about lawyers who skirt ethical issues, then have to come clean, only to find some dubious cop-out at the end that allows them to keep their practice, so I was deeply gratified to see the final shot of this movie, which respected our intelligence and showed some real-world consequences.
Posted by Matt Bird at 6:30 PM