EDITED TO ADD: From what I hear, “Person of Interest” became better and more complex in later seasons, but I won’t change the example because then the comments wouldn’t make any sense. 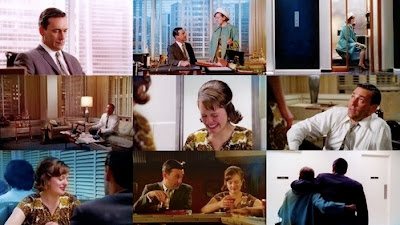 I’ve talked before about my tendency to overplot.  Here’s where I always get into trouble:  I write a 30-beat outline for my story, in which my heroes dart from place to place, ferreting out the information they need and solving big mysteries (whether personal or professional) until they reach their goal.  As long as each of my 30 beats is accomplished in 4 pages or less, I’ll come out under the dreaded 120 page limit.  No problem, right?  Wrong.

Remember high school physics? In order to make the theoretical problems easier to solve, they would always say “Assume that all surfaces are frictionless”.  Of course, in real life, there’s no such thing as a frictionless surface, so your calculations would be way off, but they were just trying to teach us the abstract concepts, not trying to get anything done.

The problem with outlines is that they, too, assume that all surfaces are frictionless.   In an outline, your hero glides into a room, collides with another character, and then the force of that collision sends the hero ricocheting off into the next scene.  And you can try to write the first draft that way, too, but it’ll be pretty bad, and you’ll just have to re-write it later.

The more authenticity, verisimilitude, and texture your fictional world has, the more friction your characters will experience when they encounter it.  Your characters may walk into the scene with a straightforward confrontation in mind, but in order to reach that goal, they’ll first have to overcome some tactical mini-challenges and navigate some swirling emotional cross-currents.

Here are some typical causes of friction that you may have failed to account for when you wrote your outline:
If you just ignore all of these factors and write each scene as if it’s happening in a vacuum, you’ll get to where you’re going much faster, but the scenes will suck.  The more sophisticated a piece of writing is, the more friction it creates, and the less plot it needs.

Each episode of “Mad Men” has only a thin wisp of a plot, just enough to start these richly-textured, electrically-charged characters sparking off against each other. “Don and Peggy need to come up with a slogan for a luggage company” sounds like a dead-simple goal, but on this show the characters encounter so much friction along the way that they wind up being torn apart.  On a show like “Person of Interest”, on the other hand, the characters have no personalities at all, creating a frictionless surface, so tons of plots points glide by effortlessly (and meaninglessly).
Posted by Matt Bird at 6:15 PM

Isn't there a way to build some useful portion of friction into your outlines? I guess I mean something between "hero glides into room and finds clue" and "hero glides into room and immediately stumbles over couch...the place has been ransacked...and the guys who did it are still here...and they are drawing their weapons...and the hero's gun is jammed because he was upset last night when loading it and forgot to clean the action...etc., etc."

Though I think this is why I sometimes like to write and rewrite the first 10-25 pages side-by-side with the outline, so I can get the feeling of the friction of the storyworld right and move back and forth until I have a decent map for the rest of the story.

And, yeah, you're right, PERSON OF INTEREST does suck. I had high hopes for the pilot. But even as a stand-alone procedural it's consistently middling to awful. I barely made it through two more episodes.

Yeah, I gave Person of Interest another chance recently, partially just because I was shocked that it was still on the air. Was it any better? Hoooo-boy no, it wasn't.

If you don't like PoI better don't see Alcatraz. The characters are thinner than a Kleenex and in every episode I'm expecting Jorge Garcia says 'Oh, dude'...

Oh, don't I know it. I loved a moment at the end of the pilot where they catch their first time traveling killer and then Sam Neil tells our cop heroine that he confessed and they booked him back into the regular prison system.

Neil is lying, of course, but our heroine, who is joining a task force to hunt these people down, hears this lie and just says "okay". Really? She thinks that one of the time travelers is in custody and co-operating, but she doesn't want to interrogate him? Maybe ask him how he traveled in time?

Like P.o.I., the characters on Alcatraz are just plot devices, not personalities, and they dutifully do whatever the writers tell them to do, without objecting.

Except far worse than POI, the premise of ALCATRAZ makes no sense. And I don't mean because it's "mysterious." I mean that it won't ever be able to make sense no matter how far the story goes or how many details you find out, because it's not really about anything on the level of theme. There's no metaphor at all.

It's like the guys pitching this pilot simply stuck with the first drunken mash-up of ideas and images that sounded remotely hooky to them. And then they were, like, cool we get to shoot it in SF! And when they pitched it somehow somebody said yes. And did _they_ sleep on it? Probably not. POI has an ingenious premise and potentially powerful metaphor that, in other hands, could be made into a far better version of what it is. There's no way you can do that with ALCATRAZ which is more like an X-FILES episode that never made it out of the writers' room.

I agree that PoI lends itself more naturally to a powerful metaphor, and it's criminal that it ignores its own metaphorical weight, but I would argue that Alcatraz *could* have linked its situation to a metaphor it if had wanted to.

One of the best TV shows ever, the UK Life on Mars, had a similarly weird premise, but it found *so* many powerful metaphors in that odd material. For instance, in my write-up, I mentioned that one recurring question in the show was "Who killed Manchester?"

Given how San Francisco has gone from an hotbed of social change to an exclusive wealthy enclave, there's no reason that "Alcatraz" couldn't deal with similar questions, if they wanted to really explore the permutations of their premise.