How to Generate a Story Idea, Option 9: Show Us the Other Side 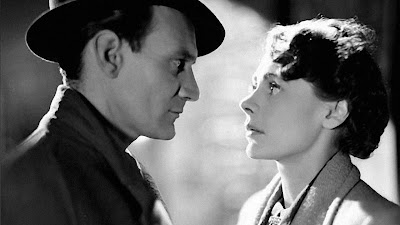 One day, Billy Wilder was watching David Lean’s adaptation of Noel Coward’s Brief Encounter, about a veddy British adulterous couple having a series of guilt-wracked assignations. They’re ashamed about every part of the process, including the fact that they have to stay out of sight by doing the deed in the apartment of the man’s friend.

That friend is barely seen onscreen—he has nothing to do with the story, but Wilder couldn’t stop thinking about him: that poor schmuck who has to come home to a sullied bed. The character stayed with Wilder for years until he finally turned into C.C. Baxter, star of The Apartment.

Likewise, it’s not hard to figure out the origin of The Other Guys: it begins as two hard-as-nails supercops watch some bank robbers driving away…They look at each other and decide to take a so-crazy-it-just-might-work leap off a building and onto the bad guys’ car…But it was a little too crazy and they simply splat dead on the ground. That leaves the case in the hands of two paper-pusher cops who are more used to riding desks.

Of course, this can be a dangerous way to create an idea: you don’t want to end up with the abstraction of an abstraction. Instead of writing something that merely comments on someone else’s metaphor, it’s important to fill in the missing half of the original metaphor and connect it back to your own hopes and fears. On Scriptshadow, I recommended the book “Fat Vampire” for adaptation, which has a good example as its premise: Why does becoming a vampire always mean that you remain forever beautiful? What if it just kept you forever fat?
Posted by Matt Bird at 5:56 PM

This is a good rule too. And it seems related to the way I tend to think about these things which is: "What part of this story usually gets compressed, glossed over or ignored? What if that part became the whole movie?"

The most difficult task is generating a story idea. But those options seem to be really helpful. If you want to find some content you can check PLR content. Here, you can find new content, different types of ebooks, and digital products, If you purchase them and resell them those products can help you earn money