Film School Confidential, Conclusion: Instead of Film School, Listen to the Crickets 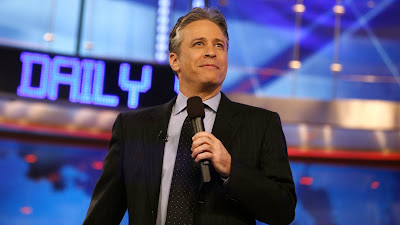 Let me tell you a little fable that also happens to be a true story... The same week I started at Columbia, an old friend from college left New York to attend a different film school in another city. A month later, he came right back. He had taken one look around and realized that film school was a terrible idea.

I’m ashamed to admit it now, but I pitied him. On the one hand, here was I: Whenever anyone asked me what I was doing with my life, I got to say “I’m getting a masters from Columbia University.” Everybody was very impressed. Nobody responded, “Gee what a waste”. Nobody said, “Holy hell, man, how are you ever going to pay that off??” Getting a Columbia degree is a “very worthwhile thing to do.”

My friend, meanwhile, had to admit to people at parties that he was a film school dropout, working as a temp and performing with improv troupes around town. I went to a lot of his shows and let me tell you something about improv: it’s painful. The troupe would do a skit and you would hear crickets. Not one real laugh. I felt terrible: Here I was, being told by famous filmmakers at an Ivy League school that my work was great. And here this guy was, begging for laughs in a basement in Brooklyn.

It wasn’t until I graduated and that I finally asked, “What do I have to show for all those years and all that money?” The truth was that I had experienced the exact same realization as my friend had, two weeks into my own film school experience. That was how long it took me to realize that Columbia had a terrible film program. I should have left, right there and then, but I didn’t, because I couldn’t face the shame.

I wanted to sound impressive at parties. I wanted lots of praise from professors. I wanted these things so badly that I was willing to spend $150k to get them. (Really far more than that. It will probably balloon to $300k by the time I finally get it paid off.)

After graduation, the truth came crashing down: the professors that I thought were my good friends stopped returning my calls, now that I was no longer paying them to like me. Then I found out that no one in the business was impressed by a Columbia degree. Worst of all, my new manager started sending out my Columbia-award-winning scripts and guess what I heard?

Suddenly, I noticed something about my friend that I had never realized before: All that time, he could hear the crickets too. Unlike me, he knew that his work wasn’t connecting to paying audiences. And it hurt. And so he had slowly gotten better.

Let’s cut to the chase: A few months ago, he got a call at his temp job, and then he promptly quit. He’s now a staff writer at “The Daily Show”. Every writer on staff gets an Emmy every year. Now he has no problem telling people at parties what he does.

As for me, I started this blog, re-educated myself, wrote a bunch of new scripts and now I’ve making some money, though I’m still a long way away from paying off those loans. But most graduates of Columbia tragically never even secure representation, much less make a sale.

Now I know what I was really buying with that $150,000: I was paying the crickets to stay away. I was insulating myself from any real criticism. I was paying people to like me. In short: I was paying to be coddled. And all that money and all that coddling made me a worse writer.

The only reliable way to get better is to put your work before paying audiences and learn to please them through trial and error. Everyday you do that, you will get better. Otherwise, it will be almost impossible. If you go to film school, that’s four years of not getting better, for which you get a lifetime of debt.

The moral of this little fable? DO NOT GO TO FILM SCHOOL. Find yourself a basement theater, or a small newspaper, or an open mic night. Listen to the crickets. Learn to please unfriendly audiences. Slowly, painfully, get better.
Posted by Matt Bird at 6:25 PM

Open mic and improv is a fine training ground for comedy writing.

Newspapers for drama and basic storytelling skills...though, of course, newspapers everywhere are dead or dying. This choice made more sense from the era of Sam Fuller to Mark Bowden/David Simon (the latter two moved to book and screenwriting out of necessity when they got bought out of their respective papers).

Playwrighting is fine so long as you're not coddled by a different closed circle of high art, writing for real but tiny audiences who have their own expectations about what they want to see. Many of the best living playwrights aren't great screenwriters (if they've even ever tried) and some of the good screenwriters who were former playwrights didn't write very memorable plays.

But what about aspiring genre writers? Sci-fi? Thriller? Horror? What's the best training ground for that? Don't you just have to kind of do it?

There are ways to find your own crickets before and during your schooling. You could push your scripts out to the big contests outside of your school (like the Nicholls, tracking B, Big Break, etc.) and send queries to managers and production companies on your own.

You could make your own no-budget feature, like a few of the more successful students I knew of did, ignoring the institution's rules against doing this.

And to be fair, one of my more successful peers, a smart and interesting guy who everyone wanted to work with, made films that I thought were flat and uninteresting... right up until the one that wasn't, the thesis film that got him an agent and and a manager and some real writing work. What film school bought him was time to figure out what the hell he was doing. And thanks to his tenacity and his well-honed inner crickets, he did.

For me, it's not even really about learning comedy or drama, it's about being shocked and humbled, on a daily basis, by what connects with an audience and what doesn't.

But yeah, even at film school, you can choose to listen to the crickets, if you're very good at separating true criticism from false praise. (Which they don't encourage you to do).

If I ran a film school, one rule I'd have is that every writing exercise would have to be published on your blog and every short film would have to go up on YouTube. Nothing takes the "I'm special" out of someone faster than YouTube commenters.

You have left me abashed. Believe me, I felt like I was confused and just marking time for a LONG time. And I left film school for a lot of other reasons, including realizing that the technical elements of it weren't for me -- that I was really only interested in acting and writing (though I do like editing). There were plenty of times I looked at you writing award-winning scripts at Columbia and felt jealous.

Point is, seems like you learned what you needed one way or another. And if it's school loans you're worried about, here's a secret -- I'm still paying those three months off.

Okay, I just emailed this like to my Young Authors kids, with the rider that this is EVEN MORE TRUE for Creative Writing classes that don't publish anything anywhere. You need to get things in front of people-- audience-type people. Or you never get over that tone-deaf beginner's ear. Do a blog. Do a 'zine. do SOMETHING. Get it OUT WHERE THE AUDIENCE LIVES.

As to what to tell people at parties:

Keep in mind, most people at parties are lying.

I graduated from Columbia with a BA in 1991 as a history major because the film major wasn't offered to undergraduates (I wanted to be an animator). Until the fall after I graduated.

I can't describe how furious I was that undergrads could now be film majors just after I graduated!

I know that the undergrad and grad programs are probably different, but your experience and analysis makes me glad that I instead got a liberal arts degree and pursued my animation goals without a film degree.

Thanks for sharing your experience and advice and an even bigger thanks for this blog and your fantastic book! Best of luck to you and please keep sharing!