Don’t worry, folks, there’s only five parts, and I am going somewhere with this... 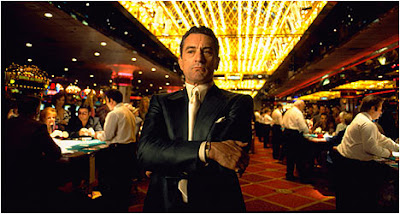 There’s a great scene in Casino that reveals the secret of Las Vegas’s success: The Whale. The Whale is the rich guy who loves to gamble, and comes to town ready to spend. Once a whale arrives, the entire casino is re-engineered to become one big happiness machine, centered around him: free rooms, free hookers, free anything. And if the whale attempts to leave while he’s ahead, they disable his plane, forcing him to spend one more night on the tables.

Everyone going to film school should watch this scene, and not just to learn about filmmaking. When you go to an expensive film school, you are the whale. Everything they do is designed to keep money shooting out of your spout. Even if that means sabotaging your education.

It doesn’t have to be this way: After I got out of college, I delivered pizzas, made movies on mini-DV and took occasional film classes at a place called Minneapolis Community and Technical College. MCTC charged $400 a semester, which I paid out of pocket using my pizza tips. To my surprise, the quality of the program was excellent. The facilities and equipment were top notch. The faculty was smart, intense and dedicated. The main professor, Bruce Mamer, actually wrote one of the directing textbooks that was used at NYU. He was also brutally honest with his dirt-poor students about the economic realities of filmmaking, which we appreciated. 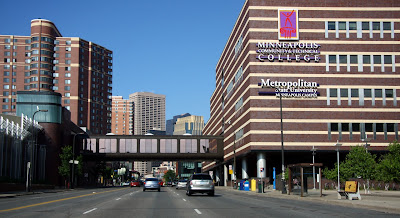 As part of that program, I made a short film that got me some attention. I decided to use that film to apply to a “real” film school. But when I got to Columbia, I was in for a shock. I was now paying twenty times as much, but the equipment was shoddy and rarely available, the classrooms were rotting, and the professors (with a few notable exceptions) were surly, distracted and ill-prepared. On that last point, we soon found out why: our professors were really “adjuncts” who got paid $4000 a semester. If they spent any time preparing, then they’d be making less than minimum wage.

So where was our $100k in tuition going? Columbia, it turned out, had gotten addicted to buying up property in Manhattan, even though the real estate bubble had inflated prices into the stratosphere, so educational budgets had all been slashed to the bone. MCTC was a government-subsidized institution, but Columbia’s only source of money was us. And they intended to milk us for all we were worth. 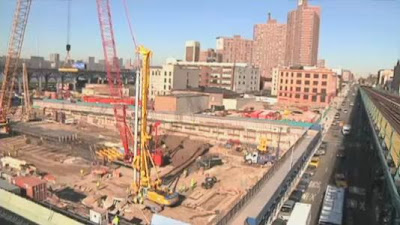 But what could I do? I tried not to get upset with the people running the film program: they couldn’t help it that the university was taking our tuition and literally putting it down a hole. They had to make the best of a bad situation and try to get by on the cheap, right?
But even so, that left one thing I still couldn’t forgive them for: the program had no standards. And standards are free.

There was no curriculum. There were no grades. There were no tests. There were no criteria that we were supposed to meet. Simply put, they expected nothing of us. They cheered our output, they handed out prizes, and they told us we would soon be on easy street. Why did they have no standards? Simple: that would have interrupted the happiness machine, and that might have upset the Whales. The longer they kept us happy, the more money we spent.

Of course, if they were loaning us the money themselves, then it would all be different. They would have done everything in their power to harden us into a great filmmakers who could go out there and earn enough to pay them back. But they get paid upfront, so they could care less if their students ever get a career, or even any career skills.

Okay, things look bleak for the struggling filmmakers of the world. Is there any hope? Yes there is. Tomorrow, let’s talk about what to do instead...
Posted by Matt Bird at 7:10 PM

Well, I was at the only state funded top rated film school on the West Coast when they were so flush with money I got offered a full scholarship just for saying in the interview that I liked documentaries and might make one while I was there.

Yet I agree with you that most non-science grad school -- in the arts especially -- is a con game.

But if it wasn't about the money at my school -- which was well funded and staffed with entrenched tenured professors rather than adjuncts -- what was the endgame?

I'd say it's that David Simon problem of an institution wishing to perpetuate itself at all costs and losing sight of its original mandate.

Longtime tenure can with sweet fat paychecks can be even more corrupting to professors than harried adjuncts, who at least have to live in reality.

When I was in undergrad, my favorite professor, a philosopher, told me to enjoy my education then, because it was never going to get better than this, especially not in grad school. And boy was he right. In fact, he's since written a rather infamous book about this whole higher education crisis that started out as on op-ed in the NYT.

I guess my main impression of most of the people who were supposed to be teaching us was that they sort of elected to fail at filmmaking without ever truly trying. As long as I've lived in Los Angeles, I haven't met anyone who's willing to work hard who can't make a living working in actual film production. You might not get your dream job straight away. But you can work and make decent money and learn actual skills and make real contacts. So I kind of couldn't understand exactly who these people were who opted out of the doing of it. And who didn't even seem to love the medium they professed to teach.

My undergraduate philosophy teacher was, you know, an actual philosopher. He thought new thoughts for a living. He was friends with Derrida. My undergraduate fiction writing teacher was an actual literary writer. He didn't teach us much about the nature of drama or story per se, but he got paid for short stories in decent magazines and he knew how to craft a sentence, how to talk about voice, character, etc. Academia seems like a legitimate home for these two, who honestly could not make a fulltime living outside of a university setting.

But the fact that any given individual could make a living working in film production, well, I think that tends to corrupt those who don't even more.

Aaaaaaaargh!!!!
I don't know how you didn't roam the halls screaming everyday. I taught elementary school after college and took a long hiatus before that MFA, and so I hoped that I knew the value of grades and expectations... at the same time, I went in scared, because I thought it would be loosey-goosey like that - I mean, I enrolled in a mostly-female campus (all women, in the undergrad) for English and creative writing! I really feared a rerun of 9th grade English with Mrs. Nyhagen making us keep those @!*$ poetry journals... However, as I sweated through my 18th Century Women Poets course and cursed the poetry gods, in lucid moments I knew I was earning that A with blood and tears.

You have to study and be conversant in many ways with big pieces of the canon - the films and literature that mattered in the past - in order to be a competent artist now. I'm so impressed that you took your courage and your drive and did for yourself what your shyster film school did not.

To be fair, Columbia did do an excellent job with showing us older movies and making us conversant with the canon-- they had the great Richard Pina in charge of that.

Yeah, we had some great opportunities to learn the canon too. Of course, like I said before, any aspiring film student or writer who isn't already an autodidact when it comes to the history of the medium is asking for trouble.

So what was I looking for in a film professor? I suppose I would have been impressed by one of the following types: 1) an Alexander Mackendrick type veteran of the industry, with real and impressive credits, who devotes his retirement to passing on what he's learned the hard way to the next generation; 2) a bona fide experimental/underground artist like Stan Brakhage, whose work couldn't be more different from what most film students anywhere aspire to make yet who was by all accounts an excellent and inspiring teacher and whose legacy helped influence recent American Independent films like BLUE VALENTINE; 3) a part-timer on break who's still in the midst of making real work, like many of the best undergrad film lecturers at Harvard: Dusan Makavejev, Hal Hartley, Ross McElwee.

To me the lack of standards that Matt is talking about starts at the top. A part of the problem could be that film itself seems so young still that the qualifications to teach it remain obscure. What stunned me was realizing that if I were in an MFA for literary writing, many of teachers would be the equivalents of James Patterson's nameless co-authors. Or maybe that's being too generous, because at least those guys have figured out a way to make money and reach a real audience.

"Whales" is a term also used by sales reps of Big Pharma.

Any physician who is willing to prescribe the latest, most expensive drug to a large number of patients is deemed a "whale." The reps will do anything, absolutely anything to keep that doc happy.

Positive site, where did u come up with the information on this posting?I have read a few of the articles on your website now, and I really like your style. Thanks a million and please keep up the effective work. confidentialmodels.com/