The Story: Glover runs an endangered old school VHS rental store in a working class neighborhood in Passaic, New Jersey. When he leaves his store in the hands of Def and Black, they accidentally erase all the tapes, so they decide to recreate the movies from scratch, playing all the parts themselves. The “sweded” version turn out to be wildly popular—but can they save the store from developers?

How it Came to be Underrated: Gondry’s Eternal Sunshine of the Spotless Mind was one of the best and most acclaimed movies of the ‘00s, but he failed to get much traction with his follow-ups. When I saw this opening weekend, I thought it this would be the hit that finally made him fully bankable, but instead it was greeted with general revulsion. How come no one else could see the masterpiece I saw? I think part of the problem was the casting of Black: He’s wonderful, but some smart moviegoers who don’t like him stayed away, while some of his fans were infuriated by the movie’s causal pace.

If You Like This, You Should Also Check Out: The two movies that Gondry made between this and Eternal Sunshine were also underrated: Science of Sleep is a sweet romantic comedy with Gael Garcia-Bernal and Charlotte Gainsbourg and Dave Chappelle’s Block Party is far more than just a great concert movie.

How Available Is It?: The DVD has the movie and an enjoyable 10 minute doc about shooting in Passaic, but not only is there no commentary from the always-delightful Gondry, but it doesn’t have any of the wonderful sweded videos that were on the movie’s website! What the hell??

Today’s Post Was Brought To You By: Nicely Suited For Hollywood! 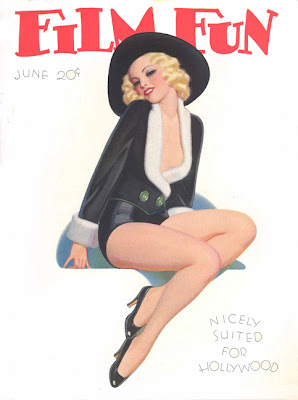 Man, I love this movie too. You captured a big part of the appeal in the lines about your friends' reactions to seeing themselves in your movies. Gondry even has a book about "sweding" movies called YOU'LL LIKE THIS FILM BECAUSE YOU'RE IN IT. For me it's also very much about how we remember movies collectively, in images and moments. For all the thrown together low-fi makeshift nature of their productions, Mos Def and Jack Black and company really nail the essence of a number of popular and classic films.

I have a lot of respect for a comedy that can be so genuinely funny without getting a single laugh at the expense of any one of its characters.

In closing, everybody who's read this far really needs to go see Gondry's newly "sweded" version of TAXI DRIVER on YouTube right now.

Remember the thrill you feel when you where looking for a VHS copy of your favourite movie in your local store? When you easily know what was the film everybody was talking about because there was no way to find it on the shelves? When you trusted in the recommendation of the clerk more than anything else because he was your mate, dude? Thanks for ruining the experience, Amazon.com!

I love this movie for showing the pure joy of create. It doesn't matter if it's a mess, it's YOUR mess. And if you put your heart into it, people love you.

P.D.: Matt, take a look to 'Whip it!'. Anther underrated gem. Ellen Page does a superb work as sweet, smart and lovable teen girl who wants to be a professional skater.

I'm gonna pull out the race card and ask if that wasn't one of the reason's it was under-rated. I loved this movie, too. but I noticed that the two black men were the "normal" main characters the audience were supposed to indetify with, while the white characters, (Black and Farrow) were the kooky side-kick types. Just a thought, and thanks for reminding folks about this!

I really loved this movie too, and was baffled when it didn't do well. Especially when there was a mini-trend of people "sweding" movies and posting them on the Internet. Some of my favorites were these TRON and STAR WARS swedes:

I remember not liking the part in BE KIND REWIND that Jack Black became magnetic because of sneaking alone into a power plant or something -- that broke the reality of it somewhat for me, and perhaps caused others to check out in terms of suspension of disbelief. I get that it's a whimsical device, but it's jarring because IIRC the rest of the movie has no similar lack-of-physical-realism moments. Seems there could've been a more realistic way for all the tapes to get deleted that would preserve the plausibility of the world. But that's a quibble, this movie was great.

Great post. I Adore that Movie too! i saw it with a friend who Fell asleep during the first half hour and said she didn't like it because it was too slow. Couldn't understand it.

We saw this in the theater opening weekend and I laughed so hard I cried. Then I cried because it was such a good movie.

I was also shocked that it didn't do better at the Box Office. I might have to pull this one out of my DVD collection and watch it tonight.

So I realize I'm way late to the party, but I'm one of those people who doesn't like this movie.

There's a reason so many people didn't get into it, even while others seem to think it's so great... and that reason is not Jack Black (though that didn't help).

Look at what all of you are saying you love: how it captures the joy of shooting amateur movies, how it represents the way we think of film (really??), how sweding movies is fun...

That's basically things that only film makers and film geeks understand. Even when sweding movies was a "trend" that means maybe a few thousand people were doing it, and some of the rest of us saw one or two on Youtube and chuckled.

But most people have never shot an amateur movie before so they can't get a nostalgic kick out of seeing it brought to the big screen. And if you've never heard of the word "sweding" and don't ponder how films live on in our memory, then the main glee of this movie is like a foreign language.

The idea, I guess, was to make the fun the characters were having infectious, so anybody could get into it... but a better way to do that would be a protagonist who sets out to make the best amateur movies possible (maybe to win a contest? Get the girl? Prove his film teacher wrong? All three?), or a nerdy but lovable protagonist who is sick of Hollywood butchering all the best movie ideas and decides to remake them the way they SHOULD be... with a cheap camcorder and some friends. That gives us a mission plus the ability to see new original scenes, and we get to indulge our inner critic.

Instead we get the most obvious/iconic scene choices from various movies. In other words, the same gag over and over. It's hard to get invested in "Whoa, how will they shoot THIS scene?" unless you're a major film geek.

Plus their motive is... to not get in trouble at work. Or wait, now it's to please a bunch of people who like their work. Or they're artists/celebrities? But wait, there's a sideline where they might go out of business (which they should, it's a VHS store in 2008!).

So basically the heroes have no clear mission or motive and their one skill only appeals to a tiny niche audience. Oh yeah, and something something magnetic accident something.

Sorry. I'm glad it has its dedicated fans, but I can't see how this could have succeeded at the box office.