Actually, Jerk Week is next week, but here’s a one-day preview... 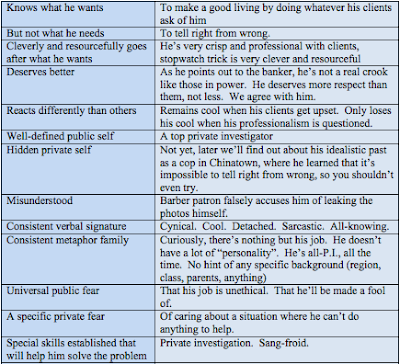 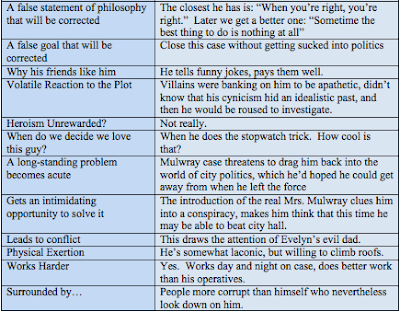 About your observation on character vs. theme in this script: What do you make of the suggestion by Blake Snyder that a typical detective protagonist does not usually change, at least not in the big arc way we've come to expect from other dramatic movie heroes?

I think Snyder overstates his case. He says Gittes doesn't change, and that Garrison doesn't change in JFK, but I disagree in both cases.

But I think the best detective movies (like Chinatown) do find a way to give the hero a volatile reaction to the case. There's a reason why so many beloved book-series detectives have never made it to the big screen.