Any hero can win our sympathy by saving cats, but what if the writer wants us to like a jerk? This week, we’ll try to figure out why we care about certain heroes, even through they’re jerks... 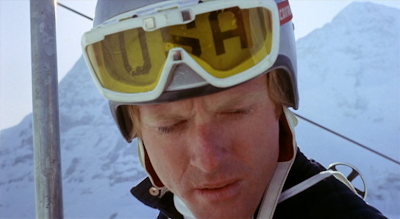 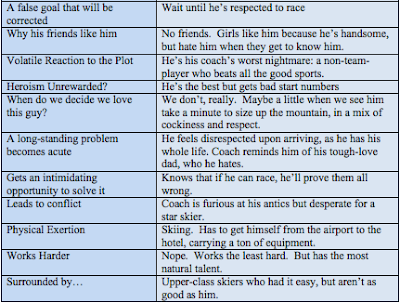 Chappellet is a surly jerk, a bad sport, and a guy who expects acclaim before he proves himself. We should hate him, but we don’t, entirely. Why? Americans are never supposed to mention class resentments, but we all feel them, so we certainly identify with that, as well as the universal feeling of being a stranger in a strange land. And it helps that he’s really quite handsome, of course. And that he keeps winning.

Don’t get me wrong: this is a daring movie that pushes our sympathy to its limits, and forces us to admit that what we actually admire doesn’t always match was we should admire. Still, it’s worth noting that the movie does use subtle tricks to ensure that we’ll feel some genuine sympathy.
Posted by Matt Bird at 8:39 PM