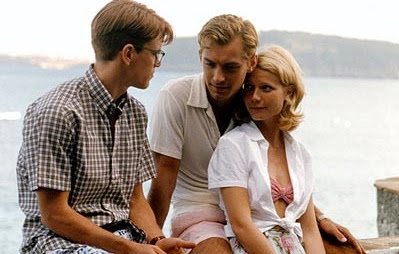 Love triangles are a lot of fun, but they’re deceptively hard to write. This is because every time you have three characters, you’re dealing with six different sets of emotions. I just re-wrote a script about a love triangle and I realized that I had only done half the job on the first pass. I was thinking about the three legs of the triangle (the relationship between each pair of characters) but it’s more complex than that...


For better or for worse, the rule that “People only want what they want” applies even to friendships and relationships. If you and I are friends, it doesn’t mean that we want the same things from each other. I like you for certain reasons, and you like me for your own reasons. Maybe I like to talk and you like to listen. Or I like to take and you like to give. Maybe I want a hunting buddy but you just want a drinking buddy. Maybe we both expect things from each other that the other won’t give, and the friendship is ultimately doomed.

To prepare for my re-write, I re-watched The Talented Mr. Ripley and wow, has it aged well! It’s a masterpiece, and the special features on the DVD are pretty fantastic as well. Writer/director Anthony Minghella devotes his whole commentary to mapping out the very complex psychological terrain lurking beneath the surface of the movie (It’s a great example of another rule: “Know more than you show”).

He makes it very clear that the love triangle between Tom (Matt Damon), Dickey (Jude Law) and Marge (Gwyneth Paltrow) has six sides to it, none of which ever quite meet up:
There are six very different answers. This is one reason that a two-hour movie should have a one-hour plot. If you’re going to take the time to interweave six different sets of emotional motivations for just three characters, you have to learn to prioritize character over plot.
Posted by Matt Bird at 11:31 PM

This is a very astute rule and I think it also applies more generally to any script. All of a character's relationships with the important people, forces and institutions in his/her life could bear the writer's careful scrutiny.