Title: One Two Three
Year: 1961
Director: Billy Wilder
Writers: Billy Wilder and I. A. L. Diamond, based on the play by Ferenc Molnar
Stars: James Cagney, Horst Buchholz, Pamela Tiffin, Arlene Francis
The Story: A manic Coca-Cola executive in West Berlin tries to babysit his boss’s teenybopper daughter, but she manages to get pregnant by a young Communist firebrand, leaving him one wild weekend to resolve the situation.

How it Came to be Underrated: Many years ago, I was shooting a movie on my college campus over the course of several months. Then one day I turned the corner and found that someone had built a wall in the middle of my primary location. I freaked out. But that’s nothing compared to what happened to Wilder, who was in the middle of shooting several days of scenes at the Brandenburg Gate, only to show up one morning and discover that the East had walled off their side of town in the middle of the night. Not only did he have to go to Hungary to finish shooting, but his frothy comedy about zipping back and forth across the border suddenly seemed out of date and insensitive, hurting its box office and reputation ever since.

If You Like This, You Should Also Check Out: Cagney is most famous for gangster roles but he was equally good in musicals like Footlight Parade and Yankee Doodle Dandy.

How Available Is It?: It’s on DVD and available to Watch Instantly.

Today’s Post Was Brought To You By: The World Through Teenagers’ Eyes! 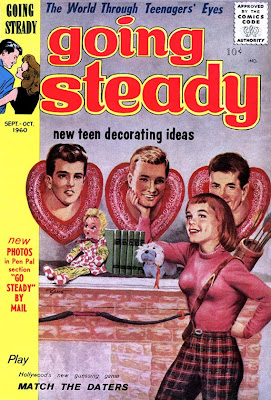