The Great Guru Showdown, Part 1: Why Do So Many Stories Have a Similar Structure? 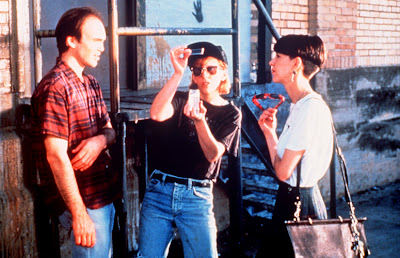 Beginning writers take offense when they are told that most movies have a similar underlying structure. “Mediocre movies, maybe,” they say, “but not great movies like mine.” Only after they’ve been at it for a while, and written a lot of unsatisfying screenplays, do they begin to suspect that there’s something happening here, and what it is ain’t exactly clear.

One hard thing about accepting strict screenplay structures is that novelists don’t have to follow nearly as many rules. Of course we know that movies are not books but, some may ask, can’t moviemakers aspire to the superior status of novelists, and the freedom they enjoy? This attitude reveals a fundamental misconception.

Many think of movies as being the bastard stepchild of novels, but it’s actually the other way around. If you read the oldest existing writing guide, Aristotle’s “Poetics”, 90% of it applies to movies and less than 50% applies to books. Movies are public entertainment, which is an ancient tradition. Novels are prose, which is still a very new thing, historically speaking. I did a whole series on all of the fundamental differences.

The subject of the movie is the problem, and only the problem. The problem begins (or becomes acute) in the first scene, and ends (or is peacefully accepted) in the last scene. If you’re writing a lot of scenes in which the hero wakes up in the morning or goes to bed at night, you’re doing it wrong, because those scenes have nothing to do with the hero’s problem. The way to get from scene to scene is not to ask, “What does the hero do next?,” but rather, “What is the next step in the progression of this problem?”

Are there exceptions that break this rule and still work? Sure: Nashville, Slacker, Pulp Fiction, a handful of others… There are exceptions to every rule. But the people who made those movies weren’t able to go on flaunting the “one-problem” rule in movie after movie. For the rest of their careers, they alternated alternative-structure movies with traditional one-problem movies. Nobody escapes structure, in the end. The “one problem” rule will probably always dominate.

Glad you picked a still from SLACKER, a great rule-breaking film and perennial favorite of mine. And it should be noted that though Richard Linklater conciously took inspiration from earlier art films like L'ARGENT and THE PHANTOM OF LIBERTY, he was also drawing on an ancient storytelling tradition of interlocking, nested and digressive tales that goes all the way back to Scheherazade and the 1001 Nights.

Oh yeah, Slacker (one of my favorites as well) definitely has a intricate and elegant structure, but it's hard to say it's about any one person's problem.

Slacker isn't about any one person's problem, but it's still about one problem, so it coheres thematically, if not plot-wise.

Also, it educated a nation about the secret meaning of the Smurfs.

Interesting, Harvey-- What would you say the one problem was?

(Perhaps the aimlessness of Generation X? I suppose that you could make a case for that.)

Except the director doesn't really posit aimlessness as a problem per se. If SLACKER is about aimlessness it certainly isn't as rigorously about its theme as say, Bresson's L'ARGENT is about the free-floating and destructive selfishness and greed of modern society. There are plenty of interesting people doing worthwhile (non-aimless) things with their time in SLACKER -- most of it just isn't what mainstream society would condone as productive.

For me SLACKER is more united by its nearly documentary commitment to place. It's a love letter to Austin and one of the only city symphony films I can think of that portray a place almost exclusively through a close-up focus on its populace.

I'd never thought of Slacker as a city-symphony (an underrated genre of movies), but you're right.

It's been a while, so I could be wrong, but I remember the central problem of Slacker as being the problem of meaning. Everyone was trying to carve out a meaningful life somehow in a world that clearly did not give a rat's ass about them.

Their ways to create meaning were often bizarre (stealing Madonna's pap smear to feel important and extol "the truth," waxing poetic about the virtues of tower sniper Charles Whitman, etc.), but then again, that's pretty much how people do it in reality.

The aimlessness of the characters reflects the difficulty of creating a meaningful life in a strange, vapid commercial world, especially when one is young and rootless.

But doesn't that overstate the case? SLACKER is very smart but it doesn't weight itself down with existential heavyosity. To the extent that the film concerns itself with aimlessness at all, though, its attitude towards the characters is more about the non-obvious use-value -- the pleasure, the fun, the joy, the humor -- of strange pursuits, about how these people and their obsessions make for a more interesting and vibrant community. SLACKER couldn't have written a better tagline for itself than that now-famous bumper sticker that came about a decade after the film: Keep Austin Weird.