The Story: A Tokyo shoe company executive, in the middle of a takeover deal, gets a phone call that his son has been kidnapped—then his son walks into the room. It turns out that the kidnappers have accidentally grabbed his chauffeur’s son instead, but they insist that the executive pay up anyway. After the fateful decision is made, the movie becomes a gritty thriller as the police swing into action to do their part.

How it Came to be Underrated: Kurosawa is universally adored for his samurai pictures, but his modern-day crime movies are far less well-known. I would say that this challenges even Seven Samurai and Ran as a contender for the title of Kurosawa’s masterpiece.

If You Like This, You Should Also Check Out: Stray Dog was an even grittier Kurosawa cop drama, with Mifune equally great on the other side of the badge. The most wildly entertaining ‘60s Japanese crime movie is probably Branded to Kill.

How Available Is It?: My single-disc Criterion DVD from 1998 is very disappointing: it has no features, the titles are pixilated, the credits aren’t subtitled, it’s non-anamorphic, etc… Still well worth watching, but not up to Criterion standards. Apparently they put out a much better remastered 2-disc version in 2008 with features, so make sure to get that.

Today’s Post Was Brought To You By: The Tie That Blinds! 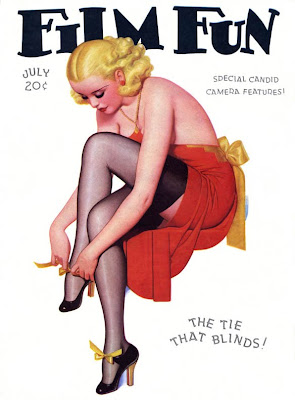 i concur. high and low is very overlooked and underrated. a top 5 kurosawa film for me. i think red beard challenges seven samurai for the top spot. i will make a formal top 5 in a later date (perhaps on my blog). cheers,

Nice review. And yeah it's a phenomenal movie, but also hardly underrated, even in relation to Kurosawa's other films. Btw, the new Criterion Blu-ray comes out tomorrow.

Can you think of any other films that are split so dramatically into two separate halves?

Lost Highway? Once Upon a Time in America? The Godfather part 2, but they're intercut. Nothing as severe as High and Low occurs to me.

It's great all the way until the scene where the kidnapper goes to buy heroin. The music and dancing scene goes on far too long and ruins the high tension built up during the police investigation. And the not-so-subtle suggestion that drugs can only be found in a disco that primarily caters to foreigners smacks of racism, or at least a desire to blame the ills of Japanese society on outsiders. Still a very good films despite these faults.

This really is stunning! I'm passed up the nature of the astounding.I've perused a lot of articles, this really is one of the finest ones that I've perused. Carry on providing more articles this way.pterostilbene supplier