The Big Idea, Part 2: Does It Matter What Else Is Out There? 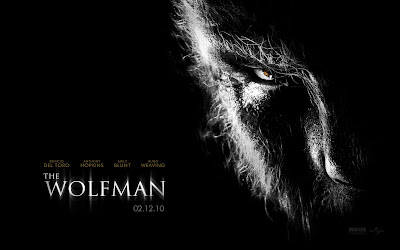 I’ve talked before about how insanely long it takes movies to get made these days. This leads to another sage piece of “common wisdom” amongst seasoned screenwriters: “Don’t worry about similar projects in development. Just worry about doing great work.”

But, once again, try telling this to the studios. After you’ve been pitching for a while, you quickly realize that the biggest single factor influencing the studio buyers on Monday morning is how the box office did that weekend. If your project is similar to something that did well, then they’ll say “Ooh! That topic’s really hot right now!” and they’ll want to buy it. If it has any element in common with a script that just flopped, you’re dead.

This is crazy. If they buy your movie, it will take them at least five years to get it made. By that time, every current trend will have come and gone several more times. But...

A fellow screenwriter had a project about a heroic werewolf that almost got set up several times, and it always seemed like it was going to get made. Then, suddenly, all the heat was gone. The project was suddenly dead. Why? Because of the Benicio Del Toro movie The Wolfman. Even though that movie had lots of problems, Hollywood was so shocked that the mere presence of wolves failed to sell the movie that they instantly cooled on all werewolf projects. Nevermind the fact that there were so many successful werewolf projects before and since.

Part of the problem here is that Hollywood types have a strong incentive to misidentify the reasons for a movie’s failure. For example, it’s pretty obvious that Mars Needs Moms failed because the public has thoroughly rejected Robert Zemeckis’s dead-eyed animation process. But people in Hollywood don’t want to say that out loud, because they’re afraid they’re going to run into Zemeckis at a party. Instead, they blame the presence of the word “Mars” in the title. They’re not going to run into the planet at a party, so it’s all good.

And so you get this ridiculous trailer for the long-gestating adaptation John Carter of Mars. Not only did they remove “Mars” from the title (though the title is still imposed on a JCM logo!) but they removed the filters from the footage to make it look like the movie is set on Earth!
So what the hell? Is all the “common wisdom” wrong? What do studios really want to hear? We’ll get to that in the next piece…
Posted by Matt Bird at 10:31 AM

It's not only wolf movies that got caught in Wolfman's fallout. Any horror/horror-inflected screenplay that calls for a +$70 million budget will stay radioactive for another two or three years. Poor Guillermo del Toro's been reduced to funding Shrek spinoffs.

This is the part of screenwriting that you can't control. It's a Job (as in the Biblical book of) type existential problem. As you say, the best script in the world can get killed with unfortunate timing. Once a script is finished and ready to go out, it's a possibility everyone has to be prepared to face.

But writers are prone to enough second-guessing as it is. So short of extraordinary circumstances, I'd say that trying to predict these trends or somehow prevent your exposure to them at the moment you sit down and type "FADE IN:" isn't just misguided but crippling. It's even worse if you're playing inside baseball, trafficking in development gossip and not just recent and actual box office successes or failures.

I've had a number of friends beset by the "too similar to such and such a project" bugaboo and most of the time the thing they are so worried about either couldn't be more different from what they are working on or never gets made just like anything else.

It's hard enough to find something you're truly excited about that puts forward the best of your writing and has enough juice in it to make you finish, without worrying about what else is out there. So it seems to me that market timing with respect to a screenplay premise is doomed to failure.

I would've thought it's common sense that it was neither "Mars," nor the animation style, but the word "Moms" in the title of "Mars Needs Moms" that sunk it. No kid wants to go with all of his friends to see something called "Mars Needs Moms," regardless of the quality of the movie.

So are movie companies willing to make huge financial decisions based on not offending someone at a party? And WHY?

That's a good point, too, James. Just to be safe, we should also ban all movies with "Mars", "Moms", or for that matter, "Needs", in the title.

"Starman" seems to have been an example on the other side. Filmed before E.T. but postproduction made it come out after and seem derivative. Too bad, since Jeff Bridges is dandy.