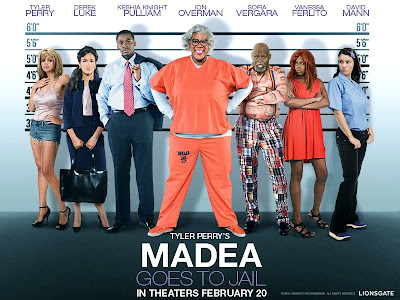 Some of my black film school friends on facebook can’t help but get infuriated by the success of Tyler Perry. “This guy is selling crap to our audience! There’s no room left for us!” It’s tempting to feel that way, but if you ask me, this is absolutely, wildly, totally untrue.

If a rival of yours becomes crazy-successful, as bad as it feels, there’s no reason why that shouldn’t help you. If their work is better than yours, then they’re going to convince producers to go on a buying spree looking for similar product, regardless of quality. If their work is worse then yours, that’s even better for you. Bad work does not destroy the audience for good work. Just the opposite: it creates a vacuum.

Tyler Perry has disproven a lot of recent prejudices:

The fear, however, is that, along the way, he has created a new prejudice:

But if you’re the writer/director who can disprove that prejudice, then the existence of that prejudice helps you. Perry’s huge success has created a market, and then failed to satisfy a significant segment of that market. That creates a vacuum, just waiting for you to fill it. No funder will trust you to create an audience from scratch, but it’s much easier to convince them that you’re going to be “Tyler Perry meets Tarantino” (or “meets Woody Allen,” or “meets Tina Fey,” or whomever). Perry has created an audience for you to highjack.

Every success story helps all of us. The danger is not that people will see the other guy’s movie instead of your movie. The danger is that people will stop going to the movies. Anyone who gets people into theaters is creating a bigger audience for everybody. There is almost no limit to the potential demand for movie tickets. When people see good movies, then they want to see more good movies. When people see bad movies, they want to see a good movie next time instead. If you want to sell movies to people, then anyone who gets people into theaters is your friend.

The points you make are also true of restaurants. The presence of a good restaurant gets people in the habit of going out to eat, which is good for all restaurant owners.

Another example: When I was a stockbroker at Smith Barney, seeing the guy at the next desk make a million dollar sale gave everyone hope. "See, if he can do it, I can do. Dialing for dollars does pay off! I just saw it happen."