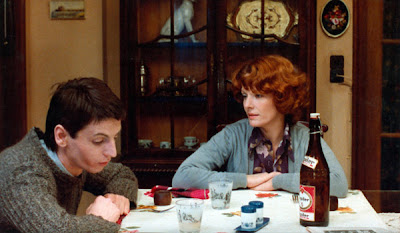 How long does it take for a movie character to cross a room? Any editor can tell you the answer: As long it takes to register in the audience’s mind that the character is crossing the room. Movie time is conceptual time. You show the concept that someone is on one side, then the concept that they’re crossing the room, then the concept that they’re on the other side. Each shot will last as long as it takes for that concept to register, and no longer. Put together, the three shots will never take as long as it actually takes to cross a room.

First time editors have a very hard time resisting the urge to make every cut a “match”, as if they were just cutting between multiple cameras shooting a live event. They’re shocked to discover that the result is the most godawful movie-watching experience they’ve ever had.

Even when they’ve accepted that they’re doing it wrong, it’s still physically painful the first time they force themselves to “teleport” a character from “just starting to cross” to “arriving at the other side of the room”. Their brain is screaming at them “How can you do this?? You’re breaking the rules of space and time! The universe will end!” But it doesn’t, and the editor quickly falls in love with the new, speedier cut.

A movie, like all fiction, is not a space-time continuum, but a conceptual continuum. We don’t move from inch to inch or second to second, we move from concept to concept. Of course, how long it takes a character to get across a room is not usually something a movie’s writer has to worry about, but once you learn to think conceptually, you can make your scripts a lot shorter before they ever get to the editing room.

Stop asking yourself: “How do I get out of this scene?” Or, “How can I give the character a reason to leave the room?” Or this dreadful line of thinking: “Where does the character go next… Wouldn’t they have some downtime before the next scene? Maybe they go to McDonald’s? I know, I’ll make that scene interesting by making the clerk really quirky!” No. Stop. Please.

It’s not your job to get your characters from place to place or to follow them around all day. You don’t even have to get them into the scene or out of the scene. Just show enough of the scene to get the concept across (“She is increasingly embarrassed for her sister”, or “He finds something while researching the shady land deal”). Your characters can get themselves from place to place, and into or out of scenes, without bothering the audience about it.In this famous one-take scene from Chantal Akerman’s 201 minute 1975 film Jeanne Dielman, 23 Quai du Commerce, 1080 Bruxelles, the miserable housewife heroine, bored out of her mind at home all day, makes a meatloaf in real time. We watch enough of the shot to say, “Okay, I get it, she’s making a meatloaf, move on”, then we get bored, then we get furious at Ackerman.... and then, finally, we really get it: We don’t get to cut the end to the end because she doesn’t. We have to endure the torturous monotony because she does. It’s devastating because it makes us aware of our how privileged we are to get to skip to the next topic as soon as we’re bored, both as non-homemakers and as moviegoers.

Ackerman temporarily revokes our privilege in order to make a painful point. But unless you want to make the same point and invoke similar pain, then do the opposite: indulge the privilege as much as you can. Teleport freely from concept to concept.

The rigorous continuity of real space/time is almost always pursued for art film effects like the example you mention. Lately, however, there are a few popular films and TV shows that have embraced the illusion of real-time (if not real-space) to intensify their conflicts. I'm thinking of shows like 24 and films like BURIED.

This is also very apropos of a timely debate going on at the NYT and at Glenn Kenny's and Jim Emerson's blogs among others about the nature of slowness and the uses of (and limits of) boredom in cinematic storytelling.

Yeah, this was somewhat influenced by the NYT article, so I suppose I should have cited it. In the article Manohla Dargis mentions the meatloaf scene.

I love all the tricks that real-time stuff like 24, High Noon, Rope, et al., do to make sure we never get antsy while watching them. On 24, they had a rule that Jack could never go to the bathroom, eat or nap, because then people would just starting thinking about how crazy the whole conceit was.