J. K. Rowling’s first three books about boy wizard Harry Potter are masterpieces of children’s literature, fantasy literature, mystery literature, and maybe even just-plain-literature.
But then a funny thing happened. The escalating success of the series skyrocketed with the release of the third book and the franchise suddenly become a worldwide phenomenon. A desperately poor single mother who once wrote in the hope of putting food on the table was now a multi-millionaire. There was just one small problem: she had planned seven books, so there were still four to write, even though her incentive was totally gone.

Amazingly, she did manage to bang out the final four anyway. The resulting books were still excellent but could not match the artistry of the first three. They were still filled with brilliant ideas, strong characters and a clear moral vision, but they lacked her earlier storytelling mastery. In honor of the upcoming conclusion of the movie adaptation series, this week will be an epic look back at what could have been done to snap those later stories into better shape. 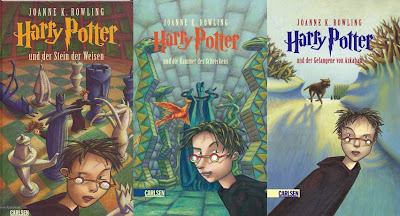 But let’s start by reviewing what made the first three books so great: 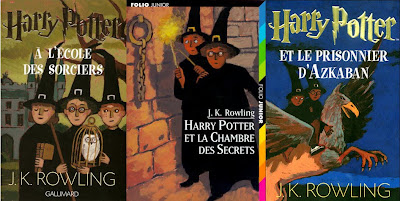 The biggest problem created by the first three books was Harry’s growing overreliance on his headmaster Dumbledore. Everyone has asked: “If there really is an all-knowing, all-loving, and all-powerful God, then why could all this bad stuff be happening to me?” Well it’s much worse for Harry because he actually knows somebody personally who seems to be all-knowing, all-loving, and all-powerful, so he truly has reason to feel aggrieved when bad things happen. This was already getting to be a problem at this point, and we’ll see it was one of many problems that would plague the following books. We’ll start with the fourth one tomorrow…
Posted by Matt Bird at 12:52 AM

Very cool series of posts! I think the HP books get better and better with each one (book 5 is my favorite), but I love what you're doing anyway. I'm looking forward to your analysis! :)

I completely agree! Though I think part of the problem is she didn't get the ruthless editing she should have after she was famous.

I stopped reading after the third book just because the 4th looks so huge. I thought Book 1 was simply brilliant in every way.

I am very eager to hear your take on the last 4 books.

Oh, "play fair" is exactly the right way to describe what needs to take place in a mystery and how true that even the famous and widely read mystery authors don't do it well.

You are SO being copied, Matt! Tor.com is fully stealing your idea!!

Oh, well. The more people deconstructing the merrier, I guess...

Thank you for explaining why the mystery elements work so nicely. I firmly believe the books should be read before watching the movies, because the movies give away the mystery ending without adding a great deal to the story.