How to Build a Scene, Part 6: Don't Stay on Topic 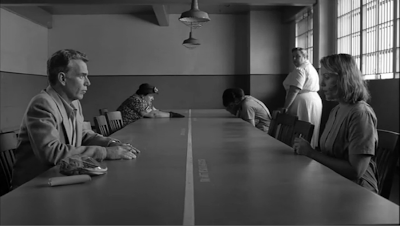 Stories must be lean, and we’ve already established that you have a lot of work to do in a small amount of space. And yet, you’ll end up with a totally unappealing story if your characters only say what needs to be said to move the plot forward. The best way to combat this is to make sure that in every scene, you go off topic at least once.

Add a counterpoint—an oddly funny note in a serious scene, or a deeper note in a comedy scene. On TV, “Mad Men” does this beautifully. At the movies, the Coen brothers have made a career of it. (I think of the scene from The Man Who Wasn’t There where Frances McDormand, in jail, tries to confess her infidelity to her husband, but can’t stop complaining about the blubbering inmate next to her at the visitors’ table.)

Make sure at least one character talks about something that has nothing to do with the plot. This needn’t be idle chit-chat that stops the conflict, it can actually be another source of conflict. As I pointed out before, the person your hero has to talk to shouldn’t be sitting around waiting to have a conversation, they should have something else they want and need to do, forcing the hero to compete for their attention. 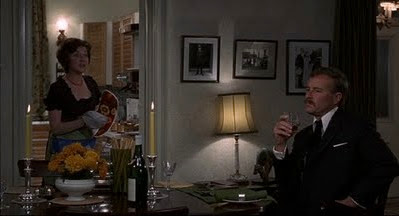 This can be an oddball distraction that adds to the hero’s frustration whenever they try to move the conversation back to more serious topics, like the inspector’s wife’s culinary adventures in Frenzy, or Gene Hackman’s attempts to build his house in Unforgiven. Or it can be a red herring that threatens to derail the conversation…

My all-time favorite dialogue scene is not from a screenplay or play but a novel. No one wrote better dialogue that than the late Ed McBain, who wrote 55 novels about the detectives of the 87th precinct. Way back in the second novel, 1956’s “The Pusher”, they’re after a big dealer and so they arrest a small fry to get information. They ask him his last name: “Hemingway”. They ask him his first name: “Ernest”. They get mad and threaten to beat him, but he doesn’t understand why. They snort that they doubt that just happens to be his name, too. He insists that he has no idea what they’re talking about. 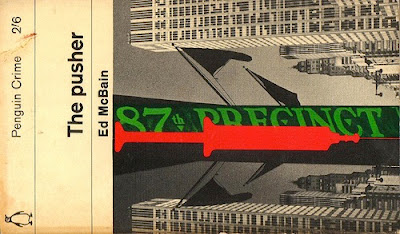 They gradually realize that this guy has gone through life with this name and yet he’s never once heard of the author of the same name, which makes it very clear how utterly bleak his upbringing was. The dealer, meanwhile, is stunned to realize that his father, who he never met, gave him the name of some famous manly-man before he disappeared—a message about how to act that he failed to receive until now… All of this is just a distraction from the business of the scene: getting the guy to give up his supplier, but what a distraction. I can’t remember who dunnit at the end of the novel, but this heartbreaking little scene has always stayed with me.

Another way to think of this same idea is that every character in every scene has his/her own agenda. Which will not be the same as the protagonist's goal or the main line of action.

Even the most minor walk-on role can create an impact. There's a moment in the middle of DOUBLE INDEMNITY where Walter is meeting Phllyis clandestinely in a supermarket and they're trying to discuss their nefarious plot when they're suddenly interrupted by a woman who wants a can of soup that's on a shelf behind where they're standing.

SWEET SMELL OF SUCCESS also does this beautifully in just about every scene. And it was one of the major things the Clifford Odets' rewrite brought to Ernest Lehman's story -- that no scene should have only two characters. There ought to be at least three or more characters, each with a different agenda, in every scene.

That's a fantastic way of putting it!