How to Build a Scene, Part 5: Tricks and Traps 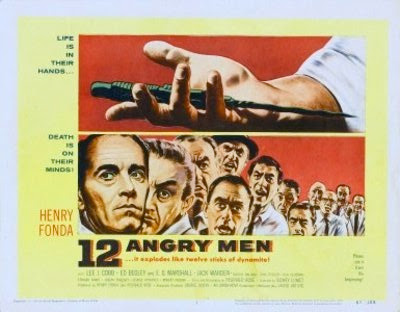 Until the 19th century, most armies would just march right at each other, but Napoleon perfected the “flanking maneuver”, in which one army would sweep around and attack the other from the side. This became every subsequent general’s preferred method of attack, even though it quickly turned comical. In the American Civil War, both sides were obsessed with Napoleon and determined to outflank each other every time, so the result was thousands of armed men endlessly circling around each other in the woods, only fighting when one army accidentally backed into the other.

Here’s what this has to do with scene construction: Once you know what your characters want and what obstacles are in their way, it’s time to figure out what strategy they will use to get it. In every scene, one or more of the scene partners is pursuing an objective and encountering an obstacle. If that obstacle is another character, then the solution will probably involve either seduction, friendship, or belligerence (and sometimes all three). Each of these three methods requires strategy…


Of course, your characters can walk right up to one another, state their case plainly, reasonably discuss every possible objection, come to a resolution, and then move on. But they won’t seem like human beings. We human beings won’t even admit to ourselves that we want what we want, much less to each other. As a result, we hide our true objectives in every possible way. Real life conversations, even with people we love –especially with people we love—are full of little verbal tricks and traps.

In any negotiation, those who lay out their positions first always lose, because it allows their opponents to position accordingly and outflank them (see: our president). This is true whether you want a kiss or a confession or a treaty. This is why clever people play their cards close to the vest and lead their verbal sparring partners on until they can trap them with their own words.

Don’t assume that only unsympathetic or devious characters do this. Anyone who is clever and persuasive knows that they must pepper their conversation with tricks and traps. Watch this scene from Twelve Angry Men. As a lone holdout juror in a murder trial, Henry Fonda pretty much plays the ultimate living embodiment of human decency. He’s one of the most humble and noble heroes in the history of movies. And he does it all with tricks and traps...
Fonda sits there right up until the very end of this scene hiding a big secret that’s burning a hole in his pocket: the knife he has found on the street.But he doesn’t walk into the room and present his exculpatory evidence right away.No, he waits and lays traps for his eleven opponents.He insists that they speak first, laying out their cases for conviction, knowing that ultimately they will have no choice but to brag about the supposed uniqueness of the murder weapon.He’s hoping that they’ll literally throw the knife in his face, so that he can dramatically throw the identical knife he found right back in their faces.At the end of this scene, his patience pays off.

Fonda is not some righteous blunderer who stumbles upon the truth. He’s a steely but wily crusader who verbally traps and defeats his opponents one by one. That what makes him heroic. All compelling characters, whether heroes or villains, serve their own cause best by laying verbal traps, outflanking their opponents at every turn. Those who get fed up with maneuvering and simply plow straight ahead (as if they were at Pickett’s charge) lose their battles and lose our sympathy.

Great post, Matt. Are you familiar with Schopenhauer's 38 Stratagems? They're a set of tactics for verbally outflanking opponents. If you want to see them in action, watch any political debate.