How to Build a Scene, Epilogue: Mix and Match 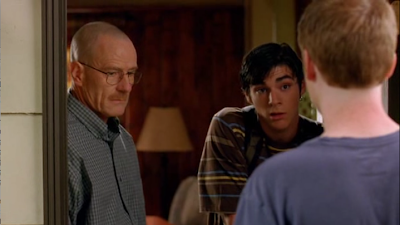 Last week, I talked about how to juice a scene, and I ended with a checklist of all the elements a great scene has. But one thing I didn’t talk about was what you could do if one or more scene failed the checklist. You have three choices:
Resist the urge to add elements to beef up a lacking scene. Listen to the scene: If it’s lacking, that’s telling you something. Transform the text of this scene into the subtext of another scene, or vice versa. Let’s go back to that episode of “Breaking Bad” that I charted: It has one seemingly small scene that could have been four scenes. Each of these confrontations could have been its own scene: 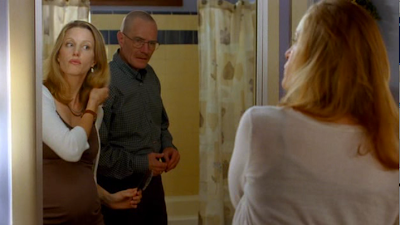 A friend comes to pick up Walt Jr. in the morning and accidentally calls him by his new name. Walt asks his son about this and he meekly confirms the new name on his way out the door. Walt, shocked, goes to ask his wife if she knew about this. She says she did, and explains it by saying “He wants his own identity” and “Your disappearance really hurt him.” Walt realizes that she’s talking about herself, not their son. He’s about to say something when the phone rings: Jesse is facing another crisis. Walt lies to his wife about who is on the phone and tells Jesse he’s on his own. By the time he gets off the phone, his wife is angrily leaving the house. 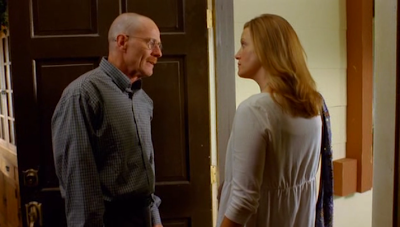 Loads of interesting stuff. Glad I discovered your blog. Look forward to reading your articles at leisure. :)