What’s the Matter With Hollywood, Part 4: The Star System is Broken 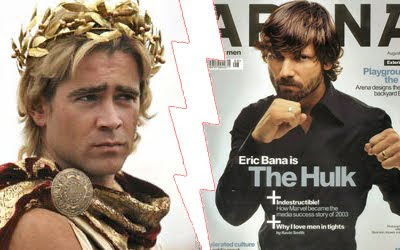 American movies were studio driven until the mid-‘60s, then briefly director-driven until 1980, then star-driven ever since. Some blame this “star system” for everything that has gone wrong. That’s a little extreme; some great movies have been made along with the bad. But our problem now is that we seem to be entering another transition, because the star system is breaking down and nothing is rising to replace it.

The lack of bankable stars has its roots in some of the problems I’ve been talking about: Movies take so long to get made that imaginary stars are created who never actually catch fire.

It used to be that a star had to play minor roles until the public decided that they liked this person and demanded to see more of them, which is a great way to create a real star. There are still a few stars who get to do that: Amy Adams blew audiences away in Junebug so she got more roles. Emily Blunt stole The Devil Loves Prada, so she got more roles. But with movies now being cast years and years in advance, and with star salaries skyrocketing so quickly, that process frequently gets short-circuited.

Two of the biggest fizzles of would-be superstars in recent years were Colin Farrell and Eric Bana. Both were cast as the lead in five or six tentpole movies only to see every single one flop. Audiences just weren’t embracing them. But at least those two had each starred in minor movies that impressed some critics (Tigerland and Chopper) before Hollywood prematurely anointed them as superstars. Now things have gotten even crazier: Now we have Sam Worthington. 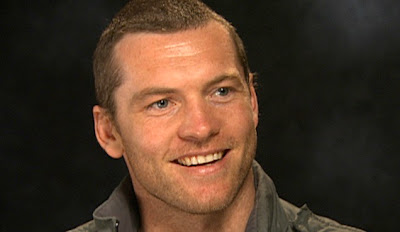 Worthington came out of nowhere in 2006 to win an open audition for Avatar, which was clearly going to be a huge movie, three years down the line. In Hollywood’s mind, that made him a bankable star, even though American audiences had never met him. So he got to make two other tentpole movies while waiting for Avatar to finish its effects. Those movies (Terminator 4 and the remake of Clash of the Titans) earned him bad reviews just as Avatar was finally being released, so the promotion for Avatar rarely mentioned him. Even though it was the biggest hit of all time, he got none of the credit.

The irony here is that Worthington actually did a fine job in Avatar (I thought so, anyway). It could have been the foundation of a decent career, if he hadn’t already worn out his welcome. Hollywood needs to go back to letting the public pick our own stars.

Isn't the recent focus on properties and packaging and worldwide box office appeal, along with the cancellation of some high profile projects (like USED GUYS) based on soaring actor salaries, kind of a positive development?

If the actors are starting to matter less then the concept, then actors might have a chance to work their way up again into star status -- and do so at a reasonable cost.

After all, like you said, nobody went to AVATAR to see Sam Worthington. Arguably, even though he was great, a dozen other actors would have worked almost as well.

While I agree with most of your arguments, both THE HULK and ALEXANDER were terrible auteur-driven spectacles the ultimate quality of which had little to do with who was in the lead. Same with at least one of those Worthington flops which was all about the unearned outsize ego of McG.

Eric Bana is a very good actor and a worthy star particularly in MUNICH (Speilberg's best film?) and HANNA.

And Colin Farrell has done solid work in (and helped finance by signing onto) films as different as THE NEW WORLD and CASSANDRA'S DREAM.

(I'm hoping you'll have some kind of "how to fix it" at the end of this series, maybe with ideas for the way production entities like HBO, Pixar and some kind of newfangled version of a Roger Cormanesque company might provide models for original storytelling in the new media marketplace.)

Sure, I'm not commenting on these guys acting ability, just their ability to sell tickets.

J. K. Simmons is paid for his acting ability. The guys I'm talking about are paid much more on the theory that their face or their charisma can sell a lot of tickets, which turned out not to be the case.

I actually find Farrell quite appealing, and I thought Bana was good in Troy. Objectively, on merit, there's no reason that any of these three guys shouldn't be able to become real stars, but only the public can make a real star, and so far, the public has said 'nah'.

I will say that Farrell was one of the few bright spots in the mostly terrible Daredevil movie.